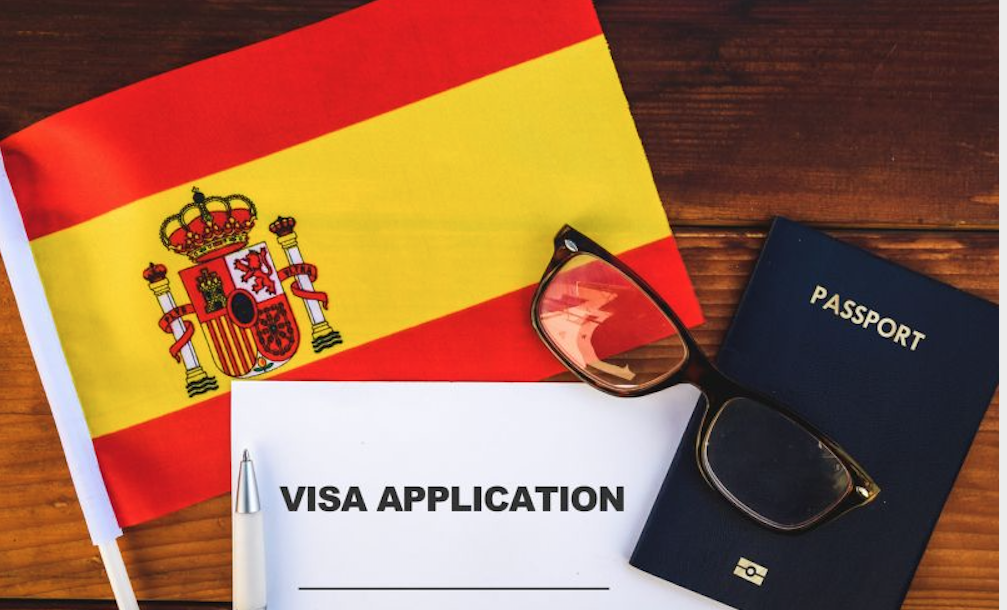 (Editor’s note: This is Pt. 1 of a two-part series with tips on dealing with the Spanish consulate that will process your request for a residence visa if you’re a British citizen.)

“Spanish Bureaucracy” – two words that will fill any Spanish resident with dread and foreboding in equal measures, and not without some justification. Since Brexit became a reality on 31 January 2020, British citizens have been adjusting to life outside of the European Union; holiday home owners in Spain (or Swallows) no longer have the freedom to come and go unhindered and instead have to adhere to the 90/180 days rule. Those who want to live in Spain can no longer arrive unannounced, dip their toes in the Mediterranean, sample life, then wander down to the local police station and apply for residency.

Maybe that’s an oversimplification: However, I think you get my meaning … life for some, especially those with homes in Spain or who want to live in Spain is immeasurably more difficult now that the UK has left the EU.

In this two-part series, I’ll look at the three United Kingdom consulates tasked with residence applications. I’ll also look at some of the more common problems people encounter when preparing their applications.

To apply for residency as a non-EU citizen, you must do so by applying at a consulate in the country where you reside. Let me stress at this point the rules are the same for ALL non EU citizens (citizens of third-nation countries) and so it’s not Spain punishing the British for daring to leave the EU, as many in the UK press would have you believe.

In the case of the UK, there are three Spanish consulates: London, Edinburgh and Manchester.

Which of those you’ll attend for an interview depends on your postcode AND this is where it gets tricky!

As anyone with a modicum of experience in Spanish Bureaucracy will tell you, no two offices in Spain are alike in the way they operate and interpret the same set of rules. Indeed, it goes further and you could conceivably argue that no two officials within the same office operate or interpret the rules the same. And therein lies the problem, because the three consulates in London, Edinburgh and Manchester exemplify this perfectly turning what should be a relatively straightforward exercise into a post code lottery.

Anyone living south of the Midlands will apply to the London consulate, EXCEPT you can’t get an appointment there for love nor money. A backlog of student visas has meant that no new appointments (or very few) have been issued in the last four to five months (possibly longer than that). The problem has been so acute that I’ve known people change their address so they fall under the jurisdiction of the Manchester consulate.

Edinburgh … oh, where to start? The best way to describe the consulate in Edinburgh is that they are sticklers for adhering to the rules and they’ve even made up a few of their very own along the way!

I’ll throw in an example to make my point:

The NLV (Non-Lucrative Visa) means that you cannot work in Spain (NO, not even remotely, though that’s a topic for another day). Your visa application is based on savings or passive income (such as pension or rental income). You may also hear it referred to as the “retirement” visa.

Edinburgh, bless them, have taken it upon themselves to require applicants to produce their P45 (or in the case of the self-employed, confirmation from Her Majesty’s Revenue & Customs that they’ve ceased self employment). All of this is despite the fact that moving to Spain could still be months away. So, why they would expect someone to give up a job when there is no guarantee their visa will be approved is beyond me.

Also, if you research the UK consulate’s websites, there is no mention whatsoever that your P45 is needed: It is a rule Edinburgh alone has adopted.

Edinburgh, have also been known to check the finer details when it comes to things like medical insurance, doctors certificates and bank statements, so beware they need to be spot on! Trying to guess what Edinburgh’s stance on any particular rule is almost impossible and expecting a meaningful response to any questions sent to them by email is hopeful at best.

Which leads me nicely on to the consulate in Manchester. Someone recently said of the Manchester consulate, “Manchester, they just don’t give a damn, get them in and out … done and dusted.”  It’s difficult to disagree with that statement. Appointments are plentiful, the turnaround time can be as little as three days. Now compare that to the three weeks or more in Edinburgh (which is pretty good) and, well, the less said about London the better.

I’ve also known people attend their Manchester appointment/interview with forms half completed, no medical insurance, no ACRO (police criminal record check) and no doctor’s certificate! And yet their visa application has somehow been granted (pending submission of the relevant forms).

The general feeling is the Manchester consulate is extremely lenient and their staff very helpful. Incidentally, they nearly always respond to questions via email, though, from personal experience, they don’t always answer the question you ask.

Tip: Questions asked in Spanish will often you get a more detailed response.

So, If you are lucky enough to live in one of the areas under the jurisdiction of Manchester (see map), then congratulations, you have won the NLV Postcode Lottery!

If you do need any advice, please feel free to contact me or join our 20,000 strong Facebook group details. Contact me, Irina, [email protected]. You can also find me at www.gospain.co.uk and on my Facebook group https://www.facebook.com/groups/gospain.co.uk.

You can jump to Pt. 2 of this series here.

Irina Greensitt is from the far eastern city of Khabarovsk in Russia, but lived in the United Kingdom for seven years before moving to Spain in 2014 with her husband and two young children.

Irina now runs an internet business and lists walking, travel and sailing (passing her skipper’s exam in 2016) amongst her hobbies. If you are in Granada and need direction, feel free to drop her a line. See her Facebook consulting page here.