Who am I? Well, that is a good question. Where do I start? Wife, mother of adult children, grandmother, researcher, alpaca owner, and so on.

My roles are varied and who am I depends upon who I am talking to at the time.

Identity is important, especially if you have moved around a lot. In my role as a researcher at an Estonian University, I try to find out what people think is important in the landscapes where they live or visit regularly.

WE TAKE THE LANDSCAPE WITH US DRESSED FOR SCHOOL OUTSIDE HER GRANDPARENTS’ HOUSE IN ENGLAND

Landscapes, though, are not just the physical geography of places; they are also layered with memories built up over time. Meaningful places – the place where we were born, grew up, met a significant other – are built layer upon layer. Each view of the landscape is different, each one is unique.

It also helps to build our identity; it can make us who we are. If we move, we take a piece of that landscape with us.

I am not the only person asking this question right now. My identity was once simple. I am British, or Northern British to be more precise. That makes a difference.

I am also European because I have taken the opportunity to move to a different country within the European Union.

I am part Latvian by adoption because I value many of the things Latvians do, like picking wild berries and mushrooms and identifying plants in the fields that are good for herbal teas or food. WITH FREDDIE THE ALPACA. JOANNA IS MODELING A SCARF MADE FROM THE FLEECE OF HIS BEST BUDDY, GEORGE.

I am a rural person because I love living in my rural corner of Latvia with our alpacas. The winters and being alone do not bother me. I am a little Estonian as I learn to fit into the culture where I work. Each piece adds to my identity.

I once could hold those multiple identities in tension –  they rooted me to a place but also allowed me freedom.

Suddenly my identity was being defined by someone else. The landscape of Britain had changed almost overnight. I didn’t recognise the country where I was born and had lived in until my late 30s.

THIS WASN’T ALL THAT ROCKED MY IDENTITY

I knew about reverse culture shock that emigrants feel when they return to visit their country of origin; I was prepared for it and it never bothered me when I moved away from the UK. I also learnt to grieve each passing stage of life, as I allowed myself to mourn the loss of those things I missed but was then able to move on.

Still, I was unprepared for other changes in life. Here in Latvia, many people migrate away from the villages to the cities, not just Latvian cities but also cities abroad. Rural depopulation is a worldwide issue, leaving an aging population to farm the land. Think about that as you look at your next meal!

Here in my village, people were drifting away; some were good friends who had helped us settle into Latvian life. I could understand the lament of one of my research’s rural interviewee, who felt desolate as he looked out of his window and saw the lights go out in his neighbours’ houses one by one as they moved away.

I was always conscious that grandchildren growing up in a different country might be an issue for me. I have worked with children for a significant part of my life, and I love watching children interact with the world around them, so I was looking forward to seeing my own grandchildren grow. I was just never sure where my own children would land in this world.

As it turned out, they chose to live in the United Kingdom but not especially close to each other, and so visits stretch out over several weeks. Because we have alpacas and a farm to tend to, my husband and I often visit separately, which is not easy either.

I had heard of hormone replacement therapy but my encounter with hormone treatments was bad enough; I wasn’t going down that route.

Really, it wasn’t that bad physically for me, but it was the subtle effects that were the hardest. Several years of brain fog while trying to
complete a doctorate is not something I would recommend. Neither is it good for your identity.

The steady drain of mental energy meant my identity slipped down the drain. I felt like a tree by the river with the bank slowly eroding away, exposing my roots. I no longer felt sure I knew who I was, where my identity was located.

Thankfully, menopause has now almost passed and the brain fog has lifted. I am slowly reclaiming my identity.

I’m sorry Theresa May, but I am a citizen of the world and I know exactly what citizenship means. It means putting down roots in the place where you are and committing yourself to that place for as long as you are there. As life changes, I have to choose to either find new anchors to a place or choose to pull them up myself and move on.
That should be a part of living in a democratic society. 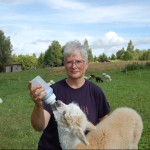