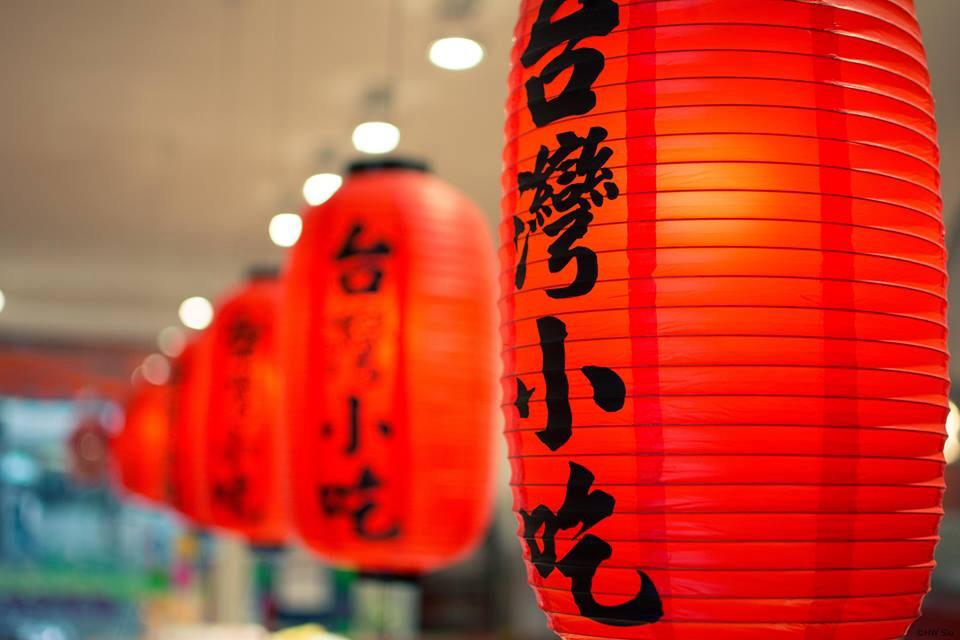 (Editor’s note: This post will be updated as we discover new Chinatowns and Asian food districts … and the pandemic ends.)

In Peter O’Toole’s brilliant “My Favorite Year,” the main character tells the WASPy girl he’s in love with that “Jews know two things … suffering and where to find great Chinese food.”

As an ethnic Jew, I totally relate. My wife and co-CEO Cheryl and I automatically track down the best Asian restaurants in every city we visit. Which means we know which cities have the best ethnic restaurant districts.

We wondered if in this day and age of politically correct speech we can even use the term, but when we started Googling “Chinatowns,” we found out pretty quickly that’s exactly how they’re promoted in Antwerp, Den Haag and other cities across Europe.

That term is a bit dated, because with globalization, our cravings long ago went multinational – Thai, Szechuan, Korean, Japanese, Taiwanese … you name it. Happily, we can indulge them all in the cities near our Netherlands HQ.

Aachen doesn’t have a formal Chinatown like Antwerp. But it does have what we call Sushi Straat … a stretch of Pontstrasse on the edge of the old city where there are multiple Asian restaurants, along with Turkish.

Our standby favorite is Oishii, a Thai and sushi restaurant at Pontstrasse 83. The pad thai is as good as at the Thai places we used to frequent in Chicago, and the whole menu is solid. Lunch usually runs us about 25 euros for three. Cheryl says they have the best pad thai she’s ever had.

Oishii also has beer, which most of the small Asian restaurants in the Netherlands don’t because of Dutch liquor license rules. Restaurant Hoi An, a Vietnamese place next door, also looks good, though we haven’t tried it. Yet.

We did eat recently at Kimchi Aachen, a small place at Pontdriesch 11A. We got the traditional bibimbop, which I thought was just okay and Cheryl rated as good. But here’s the thing: weirdly, we have the best Korean restaurant in the world – Lee’s – in our Kentucky hometown, which has a large Korean community. We’ve tried Korean restaurants from Chicago to Aachen and still never found its equal.

A reminder … this is Germany, and small restaurants such as Kimchi don’t take credit cards or chip cards.

Even if you aren’t craving Asian food, Aachen is a standout small city, with lots of great restaurants and several cozy courtyard cafés surrounded by greenery.

Antwerp has something a lot of other cities don’t … an authentic, bustling Chinatown with both restaurants and Asian groceries on Van Wesenbekestraat right on the edge of the square, across from the zoo and central train station. A district where you hear way more Chinese than Dutch and the day’s specials are written out in indecipherable Mandarin characters on store windows.

As you come out of Antwerp’s main train station, you can’t miss the ornate pagoda-style entrance to what is easily the best Chinatown restaurant and grocery district we’ve visited in Europe.

We’ve gone back to Antwerp regularly for Christmas Markets and to dine at Huis de Colvenier at Sint-Antoniusstraat 8, one of the grandest meals we’ve had in Europe. But it’s Chinatown that haunts me. We returned at Christmas 2019, then again at New Year’s 2020, eating in Chinatown both times.

Fang’s and the China Star both have fabulous food and pages and pages of offerings ranging from a few euros for appetizers to 25 euros-plus for Beijing duck and other delicacies.

A huge lunch – at least eight dishes in toto including frog legs (7.50 euros) and quail (14.40) – for three with beer at Fang’s came to 60 euros! If you want atmosphere, go with China Star. If you want to eat where the local eats, Fang’s is very basic and only has a few tables. Either way, these are not fancy places. It’s all about the food.

Writing this post, I went back to my written-on-the-run notes where I had scribbled ecstatic entries such as “fried quail with pepper and salt!”; “smoked duck and ribs!”; “Go back to Lung Wah restaurant!” and “grocery after grocery with bags all in Mandarin!” So many exclamation marks, so little time.

Den Haag, or The Hague, has an extensive Chinatown we’ve only begun to explore. The truth is, our big find is outside the designated Chinatown boundaries in a commercial area just a few steps from the Binnenhof, the center of the Dutch government.

On the first night of a weekend stay, we chose Xi’an Delicious Food at Korte Poten 18 because, well, the sign said “delicious” and who doesn’t like delicious? Actually, we chose it because all the cafés along Long Poten Plein restaurant row were packed. And, yeah, people were sitting outside. But social distancing was the last thing the Beautiful People were thinking about on a perfect June evening.

So we took a skip and walked a block to Xi’an where people were social distancing and we were souper glad we did. That’s a bad pun, but this is a soup and noodles spot, with the best from this famous Chinese province with those life-size clay statues of soldiers from the Qin Dynasty.

There’s not much regal about this humble restaurant, but this is one of the better dining experiences we had this summer if for no other reason than the crew made us feel like celebs!

Cheryl had the dumplings with sour soup (8.99 euros), which was remarkable. I got the fried noodles with pork (11.99), which were a spicy treat in a country where meals are built around old cheese.

Sure, the food was great and affordable, but the fun bonus was watching the chef make the noodles.

You have to try this place!

On the following Sunday, we made it to the Chinatown area, which takes up six full blocks. We ate at random at Fat Kee in the middle of Chinatown. It was fine. But we suspect there are special places to be discovered on return trips.

We are least impressed with this Chinatown. Unlike Antwerp, it felt like just another Dutch commercial area. Antwerp’s bustling Chinatown feels like a neighborhood in an Asian country. Den Haag’s felt more like a tourist area with a bunch of Dutch and three American tourists on the street looking for dim sum.

Note: We just had lunch and it didn’t meet the Fat Kee chip card transaction minimum of 30 euros, so be sure to take cash if you’re not a big eater.

If you’ve spent anytime reading Dispatches, you know we have a thing goin’ on with Düsseldorf. One of the reasons is the culinary scene. But until recently, we had no idea that Little Tokyo is world famous for its really big collection of Asian restaurants and at least two Japanese hotels – the Asahi and the Hotel Nikko.

Düsseldorf is home to the largest Japanese community in Germany. Nearly 10,000 Japanese people live in the state capital and characterize the vibrant Little Tokyo. Anyone who longs for the dynamic nature of Asian cities will find it here. Nowhere else in Europe is Japanese life so concentrated in a neighbourhood.

We made it to Little Tokyo in early October, just before most European Union countries including Germany started tightening their pandemic restrictions.

We were struck just how many choices there were … except, every place had lines waiting to get in because of the social-distancing rules.

We settled on Fuyu, a Taiwanese place at 46 Immermannstrasse on the east side of Little Tokyo, instead of the surrounding Japanese noodle shops just because the menu sounded a little bit different. Rotterdam also has a Takumi, but we’d been to the Rotterdam location, which is great. So we decided to experience something new and different.

The TripAdvisor reviews all mention how nice the staff is, and they really are.

I got the No. 2 Dan Dan noodle soup, with lots of shrimp and goodies. Very flavorful, but I like spicy and it was a bit, but they could turn up the heat. Cheryl got the No. 11 Pekingsuppe, hot & sour with dumplings and it was fabulous … and what I should have gotten. Both were 10.80 and nothing on the menu was over 11 euros, so this is the place for cheapskates like us.

Fuyu makes the noodles fresh daily and you can tell. You can also tell all the ingredients are fresh and, for the record, my shrimp were unpeeled and not over-cooked.

Because we’re in the middle of a pandemic, we ate at the handful of tables on the street, but the interior is very cool, though this place is tiny … and very cozy on a cool fall day in Germany.

This is an example of a Chinatown that’s become more of a Caribbean Town as there are far more stores catering to this Dutch subculture. For the record, the Kingdom of the Netherlands (the official name) still has multiple overseas territories including Aruba, Curacao and Bonaire in the Caribbean, so the Caribbean food here is the real deal.

Rotterdam’s Chinatown is best known for one Japanese noodle joint – Takumi Rotterdam. This cozy, well-done restaurant at West-Kruiskade 9B is packed 24/7, or at least all the hours they’re open.

(Editor’s note: The Netherlands currently is under a COVID-19 shutdown till mid-November and restaurants are closed except for carryout.)

We’ve eaten there multiple times, and it’s a fun place with a history that’s literally written on the wall in a large graphic at the entrance and includes the backstory on the original restaurant in Düsseldorf.

The big ramen bowls run about 16 euros, but each is a hearty meal. I usually just get “the special,” which is cha sui special ramen with pork, cabbage and eggs. But they have a big menu and there are still lots of things to try.

There’s also Chinese and even a Texican restaurant on West-Kruiskade, with passable enchiladas and a hamburger my wife and co-CEO Cheryl rates as the best in the Netherlands. By the way, this is a halal restaurant, so there’s no pork in the hamburger and no beer in the ‘fridge. Well, except the bacon ON Cheryl’s cheeseburger. Hey, it’s the Netherlands.

In each of the cities on our list, there are dozens of great restaurants we haven’t tried, so this post will be updated.

We haven’t spent enough time in the Chinatowns and ethnic districts in Amsterdam, Paris and Berlin, but they’re next on our list.