Without a doubt, Brexit’s effect on tax rules is one of the most frequently asked questions, one that we get on a daily basis, either on Factbook or via our AF Consulting Pro Lawyers website. And without a doubt, it is one of the most discussed topics in the Expats’ Facebook groups. With this post, we intend to concisely clarify what the most important changes are in the tax system in 2021, that affect Brits after Brexit.

For the answers to these questions, I recommend that you read various posts of mine
that are devoted entirely to this subject, these are the following:

How to determine your fiscal residency in Spain

What is the 210 tax for for non-fiscal residents?

Am I a resident, non-resident … what am I?

This tax is one of those that is clearly affected because the percentage to calculate the tax has gone up to 24 percent from 19 percent. But beware: This percentage came into force for 2021. Remember that declarations corresponding to the year 2021, will be filed in arrears in 2022. Therefore, in this year (2021), the 2020 declarations have to be filed, and when filed, there will be no change to the percentage of previous years – they will be filed at the rate of 19 percent.

According to the law, to calculate the tax, you must declare the gross income without subtracting any expenses. However, my interpretation of the rule is contrary to this. If you would like to go deeper into this subject, read my post here on this matter.

Capital gains on the sale of a property

The 3-percent retention levied on the sale price has been maintained (this has not changed).The percentage that is applied to the capital gain, unlike the misinformation that’s out there, has not changed, and is still 19 percent (not 24 percent as I have read on many occasions in different Facebook groups.)

What has been the most important change is that the Exemption for Reinvestment on habitual residence is no longer allowed. That is to say, before, you did not pay tax on the gain if you reinvested the funds obtained from the sale in another property. It is now only applied to fiscal tax residents, or to citizens of countries that are members of the European Union.

There are no changes, this is due to the ruling passed by the Spanish Tax Office, which states that it is not possible to discriminate with regard to inheritance tax, they respect that as European Citizens are treated as Spaniards, the non-Europeans will also be treated the in the same way.

Taxes on the purchases of a property

There have been no changes in this regard either. They continue to apply the same tax as was applied before Brexit.

There has also been no post Brexit changes to this tax. If you don’t know what this tax is, I recommend you read this post about Plusvalia tax.

The rest of the town hall taxes

Regarding the rest of the taxes levied by each town hall (rubbish collection, vehicle tax, building licenses, etc.), they have not been affected by Brexit either.

AF Consulting Pro Lawyers specializes in foreign clients (expats), with services for both residents and non-residents in tax law, civil law, criminal law, administrative law and in real estate and urban development. Most clents come from English-speaking countries, although in recent years, customers from Nordic countries have also increased, such as Sweden, Norway and Denmark. 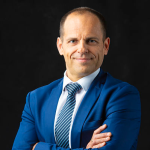