You’re in luck … the next Brabantsedag is coming up Sunday, 28 August in Heeze, a town just south of Eindhoven.

On the surface, Brabantsedag sounds like any other little festival in a small Dutch city. It literally means “Brabant’s Day,” and it celebrates the North Brabant province here in southern Netherlands where Dispatches Europe is headquartered. A parade with floats, beer and food booths.

The first tipoff that it’s not the Little League parade in Des Moines is that the tagline is, “De Grootste Theaterparade van de Jaar” (The Biggest Theatre Parade of the Year.)

Elaborate, and a little bit scary

No, this is one of the craziest creative days we’ve ever witnessed. Let’s get right to the coolest part … those floats. If you’re picturing pretty girls waving from a static American-style float in the Rose Bowl Parade, that ain’t what this is about.

We’re talking the MOST amazingly complex, elaborate productions we’ve ever seen, so, yeah, a “theater parade” is exactly what this is.

The most recent Brabantsedag in 2019 involved 2,000 actors including people from outside Heeze in the larger Brabant Provence, and another 2,000 who act as crews, artists and makeup artists. For 2022, the 16 floats will each be based on the work of a Dutch artist including some of the most – how can we put this – allegorical, and, well, bizarre including Jheronimus Bosch and Pieter Brueghel.

The 2022 theme is “With Verve,” and here’s one of the paintings that will be depicted, Breughel’s “The Alchemist.” So, we predict this is going to be a memorable year. Un fact, we sampled some of the paintings and they range from raucous – “The King Drinks,” by Jacob Jordaens – to surreal, such as Albert Droesbeke’s “Petrushka.”

What sets this event apart is the sophistication of the design: Brabantsedag doesn’t stop with merely designing a float, though mechanically, they’re huge, complicated and clever in ways only the Dutch can dream up. Think fire-breathing dragons and lots of moving elements.

In addition to the basic engineering, each float had a full production that required theatrics and a bit of choreography, mechanical design, costume design and theatrical makeup … attention to detail down to the actors wired up with mini-mics.

And there isn’t just one wildly elaborate creation. There are 16 theater-parade floats, each as impressive as the other. Since this will be the first post-pandemic parade since 2019, we’re thinking there’s going to be a lot of pent up creativity.

Now, a word of warning … this is not the parade at Disney World.

The 2018 theme was “From Ravenstein to Roosendaal,” alluding to the west-to-east boundaries of Brabant, which has gone back and forth between Belgium and the Netherlands over the centuries.

Our Dutch is pretty basic, so much of the nuance and history was lost on us. But 2018 themes were pretty dark and included religious persecution, witches and insane asylums. Dark, but incredibly well-done paeans to Brabant’s eventful history.

We don’t have space to describe each one, so here are standouts:

• Bloed, Zweet & Tranen (blood, sweat and tears) literally had a cast of hundreds depicting the dark themes of religion and plague in Brabant. One third of the people of Europe died of the Bubonic Plague in the Dark Ages, and flagellants believed strict adherence to God’s law was the only way to end it.

It’s not every parade where you see people whipping themselves.

• The Witch Hunt depicted the witch hunt of 1595, which led to dozens of women being burned at the stake across Brabant. The float depicted witches riding brooms and a fire-breathing dragon. This was the overall winner, by the way, as best Brabantsedag float.

• Murder of Raamsdonk, which was really elaborate and depicted murders from a children’s song. Pretty much par for the course.

There were more cheerful and even light-hearted floats that, for example, paid tribute to the colorful Vlisco fabric made in Brabant that became an obsession in Africa. That float included workers making the fabric, working inside a rhino, which symbolized Africa. Oh, and wads of brown fabric came out the tail end of the rhino symbolizing, well, you know ….

If you’re going for 2022, get ready to be completely wowed. Dispatches Europe, including strategic business partner Nancy Church, went in 2018 as guests of Brainport Development and Fancy van de Vorst not knowing anything about Brabantsedag.

So, we’ve given you the basics, but we can’t really do Brabantsedag justice with mere words and photos.

• The 2022 Brabantsedag is Sunday, 28 August in Heeze, which is about 10 minutes south of Eindhoven. You can take a train to Heeze station from Eindhoven for about 3 euros, then it’s a five-minute walk to Kapelstraat, the main street, and the parade.

• Admission is 10 euros entry for access to the parade route, which goes through the center of Heeze. It’s another 10 euros to get access to seats in the stands along the route.

• The concept for Brabantsedag was conceived in 1957 with a group of organizers meeting at de Zwaan restaurant, which is still the main gathering place for Heeze. The first parade was in 1958.

• The crews building the floats start in November – a full 10 months before the next year’s event – in workshops inside huge U-shaped temporary buildings all over Heeze. (We wondered what those were!)

Ultimately, Brabantsedag makes a statement – the Dutch are among the most creative people in the world. 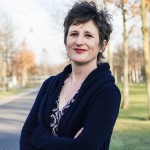