Nestled between an azure sea, a web of mountains, and scenic national parks, Bulgaria offers the ideal package for an affordable, yet memorable, holiday getaway … especially for adventurers.

Would you fancy a visit to a country with endless mountain ranges and majestic peaks? How about serene beaches and mysterious caves? Or perhaps UNESCO-designated world heritage parks with diverse animal and plant species?

Then make some room on your travel bucket list because Bulgaria has it all.

In addition to its stunning nature, Bulgaria is a melting pot of ancient traditions derived from a rich historical and cultural heritage. Oh, and there is mouth-watering cuisine, which surely makes it one of Europe’s hidden gems.

Bulgaria’s must-sees are so numerous that even I – who was born there and who lived there for 25 years – couldn’t visit them all. Yet, I have managed to assemble several posts with the most famous places to visit and things to do that will quench any traveler’s thirst for adventure and unique experiences.

Though its Sunny Beach complex is a super summer destination, Bulgaria is not only for the beachgoers. Hiking enthusiasts can find all sorts of terrains and hiking routes suitable for any skill level. Whether a beginner or seasoned mountaineer, you will relish some breathtaking views that will definitely make you want to go back to Bulgaria for more.

• Rila National Park is the largest national park in Bulgaria, inhabited by more than 3,000 animal species. Most are protected such as brown bears, chamois and 100 bird species including golden eagles and peregrine falcons. Borovets, one of the many ski resorts in the country, is also situated there.

A lot of sights in the park deserve to be seen, so here is a list with some of its most popular landmarks:

Musala is the highest peak in Bulgaria and on the Balkan Peninsula. During the hike, the change in scenery – from forests to icy mountain lakes to the panoramic view of the surrounding peaks – is spectacular. On the summit, you can see all of Bulgaria’s major mountain ranges.

The seven glacial lakes, situated between 2,100 and 2,500 metres above sea level, are among Bulgaria’s most popular tourist destinations. Each lake carries a name associated with its most characteristic feature, e.g. the highest one is called Salzata (“The Tear”) due to its crystal clear waters; the one below it is named Okoto (“The Eye”) after its almost perfectly oval form.

This lake, which literally means “The Scary Lake,” owes its name to a legend that when it storms on this part of the mountain, the thunder and rumbles are particularly scary and the echo can be terrifying.

Located at 2,462 metres above sea level, following a bit steep rocky terrain, the lake’s unspoiled beauty and surroundings are totally worth the sweaty hike.

Declared a UNESCO World Heritage Site because of its unique biodiversity and natural formations, Pirin Park has an abundance of rugged hiking trails. The fauna is characterised by high endemism, examples of which are Pirin poppy and Pirin meadow-grass. There are animals enjoying conservation protection such as brown bears, grey wolves, wildcats, wild boar, red deer and others.

Among some of the park must-sees are:

Bulgaria’s second highest peak and the Balkans’ third, rising 2,914 metres above sea level, Vihren looks like a huge marble stone pyramid. The main tourist access to Vihren peak takes about three to hours hours in the summer. The trail is a steep one, rising almost 1,000 meters in elevation in а short time.

This is Bulgaria’s oldest evergreen with an estimated age of 1,300 years. The tree is a contemporary of Khan Asparuh – the ruler who established the First Bulgarian Empire in 681. The 26-metre-high Bosnian pine is situated at a 30-minute drive from the town of Bansko, one of Bulgaria’s many ski resorts.

Koncheto (which literally means “the small horse”) is the most challenging hike in Pirin and offers an ample adrenaline rush to seasoned hikers. Ascending to a height of 2,810 metres above sea level, Koncheto is a steep narrow edge with huge crevices on both sides.

In some places, the width of the ridge is only 0.50 meters. (Steel cables have been installed to help protect hikers.)

Because of Bulgaria’s mountainous terrain, there are about 4,500 underground formations across the country. It is difficult to choose the most notable caves as each one is unique in its stalactite, stalagmite, or rock formations.

So here is just a brief list of caves you shouldn’t miss when in Bulgaria:

This 15 million year old cave cave is most famous for its prehistoric cave drawings estimated to have been made between 8,000 – 10,000 years ago. The wall drawings resemble those found in Italy and are “among the masterpieces of late prehistoric art in Europe,” according to UNESCO. The drawings depict people, animals, and geometrical shapes that have been interpreted as hunting scenes, religious rituals, deities, and a solar calendar.

This abyss cave is most famous for the highest underground waterfall in the Balkans (42-metres high), which rumbles down in the cavern called “The Hall of Thunder.” There is also a mysterious underground river in which nothing that enters its waters is ever carried outside the cave. There have been attempts to uncover the secret of the ominous river, but to no avail.

This karst cave is most famous for “God’s eyes” – two enormous similar almond-shaped adjacent holes in the ceiling which resemble a pair of eyes. Seen from a specific angle, they even look like a face and when it rains the “eyes are crying”. The remarkable symmetry of the two cave holes gives a sense of mystique and makes it a must-see rock formation.

So, happy adventuring! In Pt. 2, we’ll look at Bulgarian culture and arts, so stay tuned. 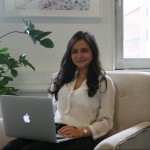