A core mission of Dispatches will be matching expat talent to multi-nationals with European operations. We learned from our previous digital startup, Insider Louisville, how important corporate talent attraction/talent retention events and services for clients will be to helping us pay for great journalism.

Yes, we know there are lots of employment hurdles across the European Union including work visas and permits, and most jobs are filled by local nationals. People who have the advantage of working for large corporations or the U.S. government have in-house services to handle all of that. 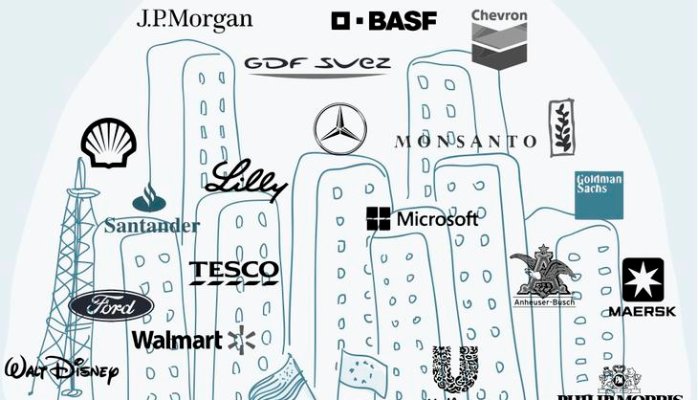 What applies to both groups is, there’s a talent war, specifically a tech talent war.

So, we started with some of the American companies we know best, looking at positions they need to fill.

By the way, we’re not looking at startups and New Wave tech companies for this. That’s a different story, because the talent war has reached the point there is now a startup, TechMeAbroad.com, that’s luring European tech talent to Silicon Valley! We’re looking at large industrial companies, which send American engineers, marketers and brand managers on foreign assignments.

An aside: As we started this post, we were struck by how many companies do business in Europe. They include DuPont, Kraft, Honeywell and Xerox. Ford’s European HQ is in Cologne, Germany. The automaker has at least 60,000 employees in Europe. GE alone employs about 100,000 people just in France, with operations in Belfort. It also has multiple partnerships with French companies building aircraft and rocket engines.

On the question of pay, there is no authoritative source documenting how much Americans or other expats/techpats sent to Europe on assignment by U.S. companies receive in relocation packages and benes. But our research – okay, we made calls to all the HR people we know – shows employees of American multi-nationals typically top $100,000 in annual pay NOT counting housing allowance, cost of living adjustments and other benefits. In the case of highly skilled, difficult to fill STEM jobs, double that ….

As we grow, Dispatches will have a weekly feature looking at expat career opportunities.

Till then, here’s our “20 minutes on Google” list of jobs open in Europe right now with top American companies.

In the future, we’ll survey companies on their needs:

The Louisville-based spirits company owns Jack Daniel’s Tennessee Whiskey. It also owns a serious market share in global Duty Free, investing millions to market Jack Daniels in airport terminals in Dubai and other places, playing on its ties to Frank Sinatra. And its Frank Sinatra Select Jack Daniel’s goes for $250 and up!

Brown-Forman’s European headquarters is in Amsterdam, where it employs about 40 people. It appears the distiller has about 13 jobs open right now in Europe including seven in  Germany. In Germany, they need a brand manager for Jack Daniel’s. Which is a big deal. That said, it’s a temporary position, running from 12 months to 18 months. The role encompasses the responsibility for the full local marketing mix development for Jack Daniels Gentleman Jack, Single Barrel, Gold, Sinatra.

You can apply online here via BrassRing.

The Fairfield, Conn.-based manufacturing behemoth has operations on every continent including Antarctica. Seriously … look at the website. In Europe, it has facilities in Great Britain, the Republic of Ireland, Sweden, Italy, Belgium, Germany, Hungary, Poland and France. And I probably forgot a couple.

GE has literally dozens of jobs open in Europe, and in a dozen categories including aviation and energy management. Right now, they need Internet of Things Training and Content Developers at locations in Europe including Germany and Italy. The description from the GE jobs website:

The Content Developer / Instructor is responsible for the consistent development and deployment of Predix technical and solution training for GE Digital. This position reports to the Global Training Leader and works integrally with associated teams to create, manage, coordinate and deliver training (globally) to internal and external partners and customers. This will include select duties as content developer, trainer, and registrar. Successful candidates must work cross-functionally with Engineering, Marketing, and Services teams in the delivery of training programs.

You can apply here on BrassRing.

Wilmington, Del.-based chemical giant DuPont is yet another company with huge Europe operations. DuPont, like GE, has dozens and dozens of jobs open now in Europe. For example, they have positions in the Netherlands, Belgium and Germany for their European Operations Field Programs. You can apply online here.

We’ll update this regularly with more jobs in Europe looking specifically at tech giants such as Microsoft, Google and Apple.