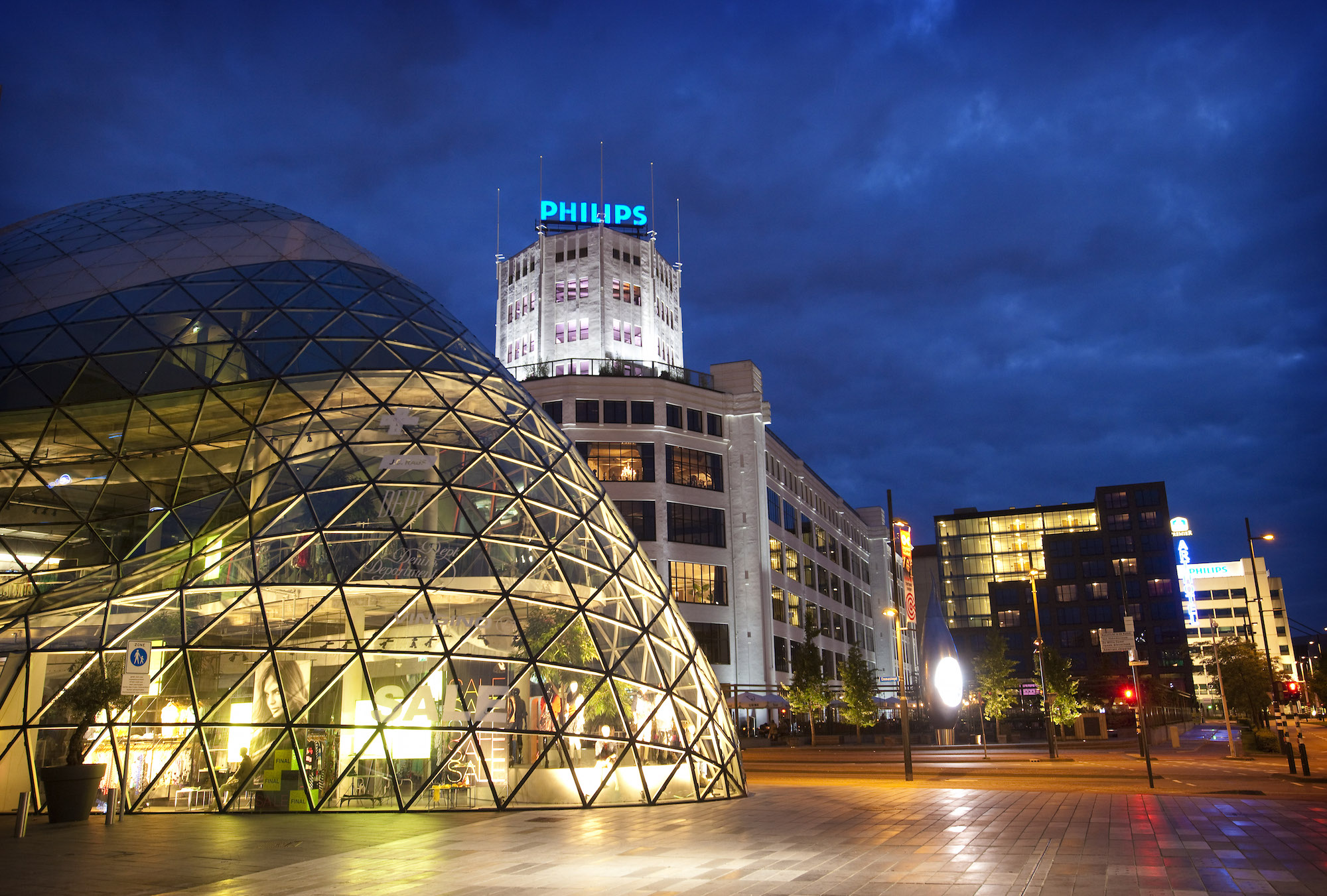 (Editor’s note: This is the third installment of DIY Expat, a series documenting our move to the Netherlands to found Dispatches Media.)

I don’t know if you buy into the ideas of kismet, destiny or fate, or believe there’s foreshadowing in life if only we have the presence of mind to recognize it.

But this is weird …. 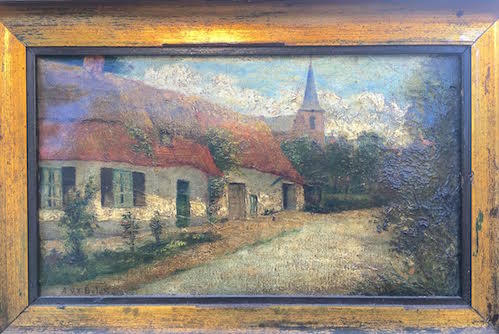 Back in 2003 when we lived in Germany, my wife Cheryl and I bought a small late 18th century or early 19th painting at the giant Tongeren antiques market. The warped and worn little painting – about 30 centimeters by 20 centimeters – depicts a typical long Brabant-style farmhouse complete with thatched roof in a Dutch village. We had no idea what it was. We bought it because we liked it, and because the paint and canvas are just so old and distressed that it was clearly authentic.

We never dreamed that 13 years later, we’d live in a small Dutch village literally next door to that house. Or at least to the updated 21st century double of the house in our little painting.

But let me tell you something … fulfilling that prophesy wasn’t easy. In fact, finding a place here was so daunting I was inspired to write this post to help those on their way here.

Still, I have to say after months of trying to find a place to live, the Eindhoven area would still be our top pick. 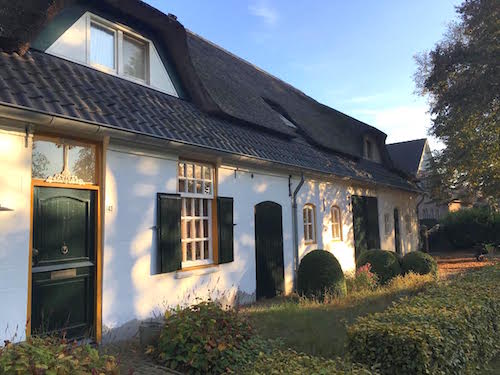 THE HOUSE NEXT DOOR

First of all, as we wrote in the accompanying post, you can expect to rent a very nice house or apartment in this part of the otherwise expensive North Brabant province at a steep discount over what you’d pay in the other most desirable European innovation centers. Or even what you’d pay in a Midwestern city in the United States. Which is why we’re here.

But those of you coming here from the McMansions of Dallas or Chicago suburbs, you need to know the average Dutch family lives in about 1,300 square feet.

Second, just as in the U.S., rental costs vary widely, and the old American joke about the three most important elements in real estate being “location, location, location” is just as true here.

If you’re a corporate nomad taking a job at Philips, ASML or NXP, there’s a good chance you’re inheriting your predecessor’s apartment in the De Regent or one of the downtown luxury high rises. (That a city this small even has multiple luxury high rises in the center city still blows my mind.)

If you – like us – are winging it, living in the middle of Eindhoven is great, but comes at a price.

A 2-bedroom apartment with less than 100 square meters of space (1,100 square feet) will run you at least 1,500 euros per month in the center of the city. In our hunt for just the right place, we saw several developments in the center of Eindhoven that were fabulous. But the best places go quickly. Also, see our post today here about the intricacies of finding a rental in the Netherlands.

Here are some of the more desirable areas to live:

• In the city center, I liked Anna van Egmondstraat in De Bergen quarter. There, you’ll find a former school converted into very cool homes, but units rarely come up for rent. Still worth watching for. The neighborhood around it includes some of the best restaurants and shopping. 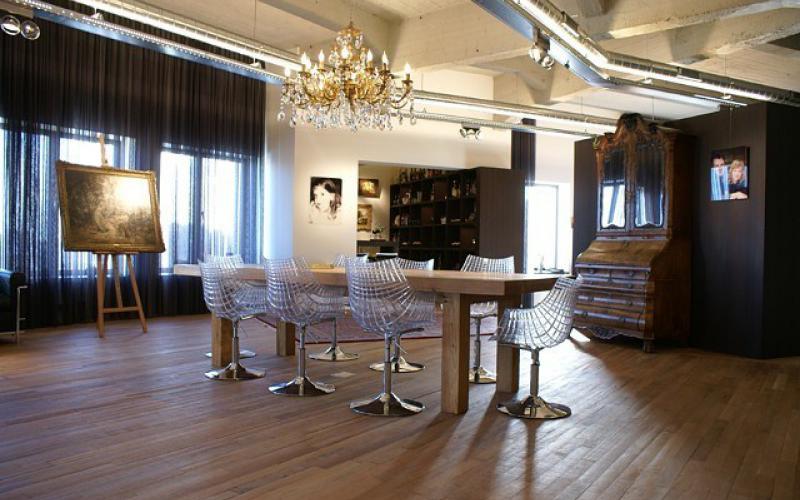 AN APARTMENT IN THE LICHTTOREN

• Also in the city center, apartments in the Lichttoren (the Light Tower) are highly prized. This is a former Philips factory that’s been repurposed into loft apartments, a big restaurant call Usine (“factory” in French), Igluu, a very cool shared office space complex and the Art Hotel. Lichttoren’s location next to the main commercial/retail areas and two blocks from the train station make it the place to live. By the way, it’s your lucky day. A 450m2 apartment (4,850 square feet!) is available for a mere 5,500 euros per month. Hurry, while this offer lasts!

There are several other high-rise apartment buildings in the center of the city, including De Admirant and De Regent. And blocks and blocks of new apartment developments with fairly small apartments.

• One of Eindhoven’s many elite neighborhoods includes Villa Park, an incredibly green area right on the edge of the city full of old mansions now converted into boutique business headquarters.

• Son en Bruegel are two villages on the north side of Eindhoven that flow into one another. They’re sort of comparable to Buckhead in Atlanta … elegant homes and lots of restaurants and shopping. There’s an IKEA store and other big-box stores in a large retail development on the edge of Son. Again, as luck would have it, there’s a 280 meters square house for rent now for a mere 4,000 euros per month. Jump on it!

• Nuenen – This village where Van Gogh lived is just northeast of the center of Eindhoven. And it’s a very desirable place to live. This rental market is all over the place, from tiny apartments in not-great new complexes to mid-century modern homes to lavish old estates. Get ready to pay premium rental rates. We looked at a huge, glorious house in Gerwen on the east side of Nuenen for 2,000 euros. Highly recommended if you can pay the toll.

• Waalre is great if you want to live close to the International School of Eindhoven or the High Tech Campus. Here’s a great 2-bedroom house currently listed. But get ready to pay at least 1,600 euros for a house or apartment within biking distance. And here’s the thing … I BEGGED rental agents to show me units here. Crickets ….

Other options include the suburbs of Meerhoven near the airport and Veldhoven.

• Best. Our realtor friend Gerrie (see below) describes Best – north of Eindhoven – as one of the most popular places foreigners want to live … a town with a fair number of million-dollar homes. But there’s also some noise from Eindhoven Airport. Homes go quickly here.

• We have to plug our village of Leenderstrijp. As we’ve said before, it’s all hedges and horses, with everything pretty close to perfect.

• The neighboring village of Heeze is much larger, but there are a nice variety of places to choose from, from apartments to old homes, and you can bike or walk to the train station where you can be in Eindhoven centrum in 9 minutes. Also, there are several supermarkets, a huge wine shop and even a restaurant, Boreas, with a Michelin star!

Our rental agent Gerrie Royakers says it’s easier and cheaper to live on the fringes of Eindhoven than in the center. “But, you have to like the landscape.” That is, you have to be willing to trade the convenience of the city for horses and pastures.

Now, here’s the catch … if you’re not employed by a big corporation, it’s going to be very difficult to even get agents to show you a rental. I can’t tell you how many emails I sent and phone calls I made that were completely ignored. Or worse, the rental agent would respond with a promise to arrange a viewing, only to either renege when they found out we were DIY expats, or I never heard from them again.

Which is why I’m about to stick my neck out and endorse the responsive rental agents with whom we dealt:

• Gerrie Royakers at Best Intermediair was a a god-send for us. When other realtors wouldn’t return our calls or respond to emails, Gerrie and her colleagues showed us two great houses in the same general area … one in Heeze, and one literally a mile away in Leenderstrijp. I met Gerrie’s partner at the big Eindhoven “I’m Not A Tourist Expat Fair,” so this is a very expat-friendly firm.

Both were as good as anything we’d looked at. Now, we live in the Leenderstrijp house. Gerrie also is a font of information about Eindhoven’s real estate market.

Gerrie’s list of documents you should prepare in order to look at a property include:

But here’s what set Gerrie apart. When I told her we didn’t work for a big corporation, she didn’t blink. Instead, she submitted our information to the landlord, and everything worked out. We provided a screenshot of all our bank account balances and a screenshot of our credit score provided by our credit card company. Even though we had to explain what the credit score was and what it meant in the U.S., Gerrie accepted it and explained it to our Dutch landlords. They were fine with what we provided them even though it wasn’t what they typically require.

I found several other good rental agents to work with here who pulled our fannies out of the fire: 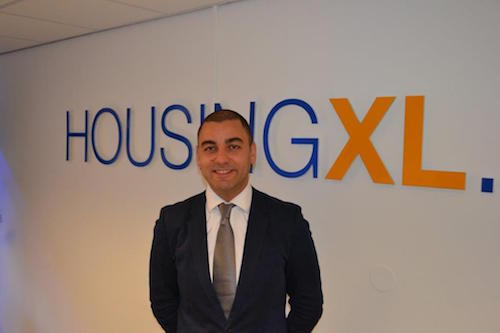 Khalid and his team were there for me, showing me some nice units, one of which was a finalist. He and his colleagues were incredibly kind and cooperative. Like most Dutch people, Khalid speaks absolutely beautiful English and other languages.

Though we never met in person, I feel like I know Hans, because he’d call every day checking on how it was going, and making suggestions. Hans was super responsive and diligent about sending me options. Just by bad luck, none of the units he had allowed pets, and we have two dogs. But I was rooting for Hans just because he’s so dang friendly and diligent.