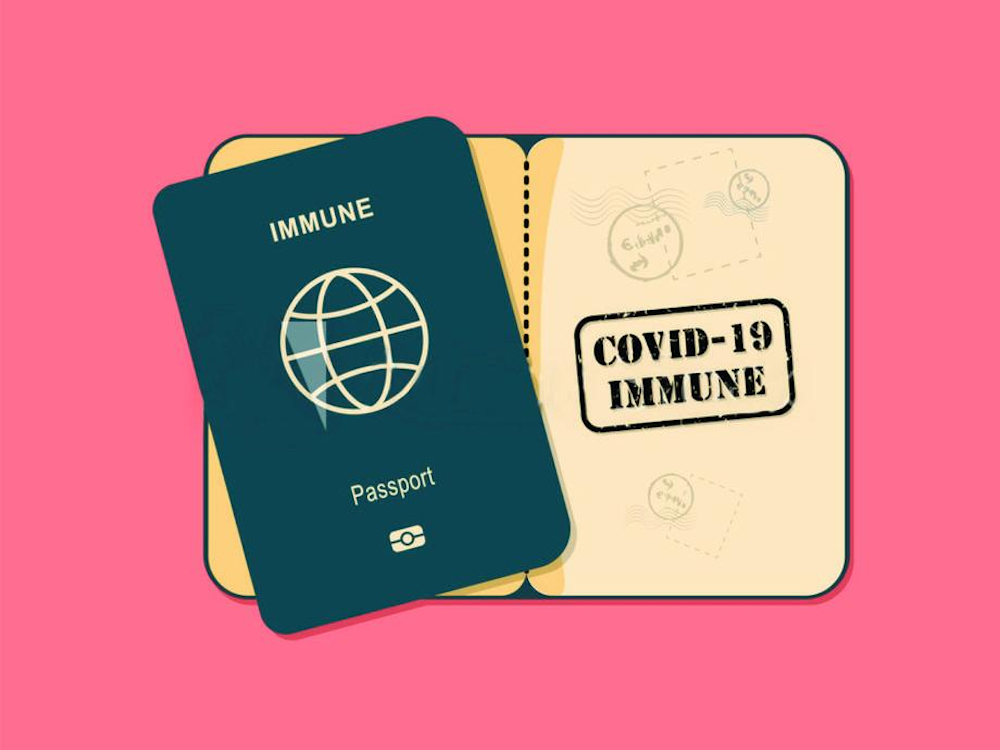 (Editor’s note: This list of travel rules and vaccine passports will be updated. This post contains information curated from official national websites, CNN, the Evening Standard, the Guardian, the Voice of America and Forbes. Terry Boyd also contributed to this post.)

Is that a faint glimmer of light I see at the end of the long, dark COVID-19 tunnel?

On 18 March, the European Union launched an effort to create the “Digital Green Certificate” vaccine passport for internal European travel, a passport that would restore freedom of travel to is 450 million residents as early as June, according to the Washington Post and other media outlets. The Green Pass would also include non-EU members Norway, Iceland, and Switzerland. As of mid-April, EU officials are still working out the technical standards.

Digital vaccine passports already are in use in Israel, where QR codes allow fully vaccinated people access to gyms or restaurants.

Several nations, desperate to reignite their declining tourism sectors, are considering allowing travellers to enter the country without quarantining, provided they have proof of vaccination from their home countries. To qualify for entry, the traveller must have completed the vaccination course at least two weeks before travel.

Austria and Greece both are pushing the EU to embrace the passports in order to restart leisure travel.

French and German officials were initially skeptical because of issues related to discrimination against people who can’t – or won’t – get vaccinated. But on 25 February, German Chancellor Angela Merkel signed on at a virtual summit, saying, “Everyone agreed that we need a digital vaccination certificate.” Merkel added that she believes the EU will need about three months to agree on a technical framework for one passport for the trade bloc, according to DW.

In mid-May, Dubai’s airport – the busiest international travel hub in the world – said he believes vaccine passports are the only way to get the world moving again. “I don’t think there is an alternative,” Dubai Airports chief executive Paul Griffiths told the BBC.

Many countries have already started their own passport efforts, keen to start a vaccination passport scheme both at home and globally with our without the EU. Greece and Israel plan to allow vaccinated people to travel freely between the two countries once international flights resume.While there are still no international registries, standards or protocols for vaccine passports, digital or otherwise, a number of entities are working to change that.

The Common Project and the World Economic Forum are working on a CommonPass framework. You can see the details here.

For the moment, many countries will still require travellers to have a PCR test both 72 hours before travel and upon arrival.

The vaccination certificate must be in English or the language of the country being visited, and contain information about:

• where the vaccine was administered

• which vaccine was given

• the issuer of the vaccine

Most countries require travelers have both doses before entry.

Of course, for the time being, travelers from countries with high infection rates may not be welcome even with proof of vaccination. Check the official government websites before you travel.

We’ve put together lists aggregated from media outlets including information from the official country travel websites.

These countries have, or are planning to have and recognize, vaccine passports:

Austria: Austria introduced its vaccine passport in April. The card is for vaccinated people as well as those who have recovered from the virus and who have tested negative.

Denmark: Sky News is reporting the company that has developed Denmark’s vaccine passport app is predicting it will cause a “domino effect,” with every country in Europe rolling one out. The app uses data to verify the user has either been vaccinated, or had a negative COVID test. Everywhere people gather, from airports to music festivals, can instantly verify this information, according to the app maker Netcompany. Denmark was the first company to authorize a digital vaccine passport and is using them domestically to allow non-essential businesses to reopen.

See the video above for details, and the digital passport is in use now.

Estonia: Estonian officials are working with the World Health Organization to create standardized electronic vaccination certification that could become the “gold standard” on the way to global adoption of vaccine passports, according to the Voice of America.

France: France is the first EU member to trial its own covid passport, the TousAntiCovid app, to find out if it’s practical and will actually reduce entry checks that are backing up airport arrival gates. People taking a coronavirus test now receive a text message or email with a link to a state-certified online document that can be downloaded and either printed off or stored in the free TousAntiCovid app.

The trial is limited in its scope and will be run by Air France on flights between France and the overseas territories of Guadeloupe and Martinique, SchengenVisaInfo.com reports. The French version is being trialed as a phone app that includes vaccination certification or a recent COVID-19 test.

But, if TousAntiCovid works, the technology could be adopted for public events such as concerts, festivals and trade fairs, though not for bars and restaurants.

Greece, Cyprus and Israel: In mid-February, the group agreed to allow each country’s citizens with COVID-19 vaccination certificates to travel without restrictions between the three countries, according to the Guardian. The agreement went into effect 1 April.

Greece and pretty much everyone: Greece is negotiating bilateral and reciprocal travel agreements with at least 10 countries including the United States, Canada, Australia, Serbia, Russia, Ukraine, China, the United Arab Emirates and Saudi Arabia according to Euronews. The plan is to allow both vaccinated and unvaccinated people with negative tests in to Greece, with travelers subject to random testing upon arrival. Greek hotels are scheduled to reopen in this month.

Iceland: In January, Iceland became the first country in Europe to issue COVID-19 vaccination certificates and accept them when other countries adopt the policy. Iceland is projected to have vaccinated most of its 357,000 citizens by mid-Summer. Iceland also recognizes certificate issued by the European Medicines Agency and the World Health Organisation.

Israel: Israel was among the first countries to adopt a vaccine passport, instituting its plan on 21 February. Both vaccinated Israelis and those who can prove they’ve had COVID-19 can download a new app, according to MIT Technology. The post makes clear that it’s not altogether clear how Israel will use the passport. But the Israelis are already drawing up multilateral agreements with other countries including Greece to use the passport to enter on vacation or for business.

Italy: Italian officials are trying to upgrade the COVID-19 tracing app they issued last year into a vaccine passport, according to Reuters.

Norway: Norwegian officials have announced they’ll introduce their vaccine passport in June, though have not given a firm date. “We want to make a certificate that can securely document who you are, whether you have been vaccinated, recently had a negative test or have previously had the virus,” said Norwegian prime minister Erna Solberg. “We can use that to open up society more and earlier.” At the moment, all non-essential travel is banned until 24 May.

Spain: As soon as the EU Digital Green Certificates are issued (theoretically sometime before then end of June) Spain will allow in all European citizens who have them – and waive the coronavirus test requirements along with quarantine, according to El Pais in English.

Sweden: Sweden plans to have a digital vaccine passport by summer if international standards are in place, according to the Guardian and MarketWatch.

United Kingdom: Though not a formal vaccine passport program, the United Kingdom’s existing National Health Service app will now doubles as a “vaccine passport” for fully vaccinated residents, according to Forbes. About 80 percent of UK citizens are vaccinated as of mid-May. But with the NHS app, initially only residents of England 13 years old and older will be able to use the vaccine verification feature. UK officials are still considering a vaccine passport for all the UK – Scotland, Northern Ireland, Wales and England.

You can see more details here on the official UK website.

These countries allow entry without a quarantine with proof of vaccination:

Most EU countries allow EU citizens to enter with either a negative COVID-19 test or proof of a vaccination.

Croatia: Fully vaccinated travelers can enter without quarantine, as can those with negative COVID-19 tests or proof of a past infection.

Cyprus: In December, Cyprus became the first country to allow travelers who’ve been fully vaccinated to enter without having to go into quarantine, according to CNN. As of March 1, EU citizens can enter Cyprus with a vaccination certificate, though it depends on categorization of country you’re arriving from.

Estonia: Estonia requires a vaccination certificate (only accepted if in English, Estonian or Russian language) or if you can show proof you’ve had COVID-19 within past six months.

*This does not apply to travelers arriving from the United States.

Iceland: Starting 1 May, Iceland allows entry to travelers from the EU and the Schengen Area with vaccination certificate or proof you’ve had COVID-19 within the past six months. You can read the details here.

Romania: To avoid quarantine, Romania requires a vaccination certificate. Vaccinations must be at least 10 days before travel or you need proof you’ve had COVID-19 within the past 6 months.

*This does not apply to travelers arriving from the U.S.

Seychelles: The Seychelles requires proof of a final dose of vaccine two weeks before arrival along with a negative PCR test administered within 72 hours of travel.

These countries are considering vaccination schemes

The country’s tourism officials and business executives are pressuring Thai officials to consider a vaccination scheme.

Australian officials have announced a digital vaccination certificate will be issued for all those vaccinated – with its Federal Minister for Government Services saying it’s “highly likely” proof of vaccination will be required to enter the country. Australia is just beginning vaccinations in mid-February.

This is an optimistic sign in these gloomy days and, with the vaccination programs kicking off in so many nations, there is hope that, although life will still not go back to “normal” for some time, we may start to see opportunities to resume travel plans.

My bags are packed!