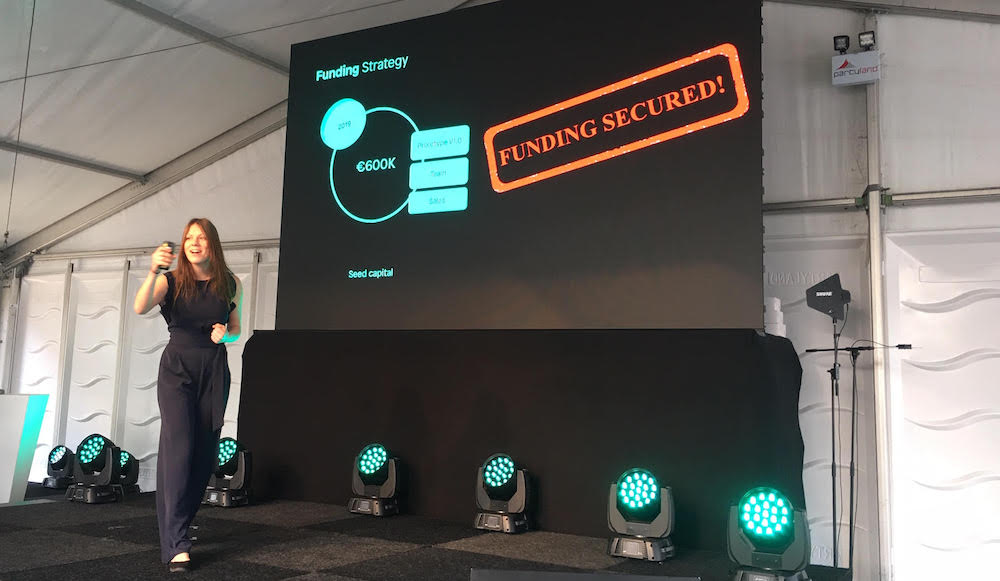 Startup Olé, 5 thru 7 May in Salamanca, Spain (rescheduled for 9 thru 11 September)

Yea, baby! This is what we’re talking about. A giant gathering of the international startup tribes and it’s free … free! Okay, thats because it’s sponsored by the EU, and we’re not huge fans of the public sector getting involved in private-sector capitalism. But, hey – free is free.

This isn’t a Tim Cook and Gary Vaynerchuk event. This is a matchmaking, roundtables, workshops and networking event that brings together investors and startup teams.

This is one of several startup events put on by Latam, which organizes events in Spanish/Portugese-speaking countries including Chile and Argentina. But most of the Startup Olé events are in English.

You can get your free ticket here.

Viva Technology, 16 thru 18 May in Paris (Suspended awaiting a decision by organizers)

Even the mega-events are getting rescheduled. The fifth Viva Technology is up in the air as of 26 March. More when we know more, but France is one of the worst-affected countries.

Saastr Europa, May 17 & 18 in Paris (Suspended awaiting a decision by organizers)

This event started in the States, where years ago, Marc Andreessen noted that software is eating the world. This will be the third SaaStr event in Europe, with the first two selling out.

SaaStr is a big draw for top execs, angels and VCs, and previous speakers have been from Twilio, Salesforce Ventures, Stripe and Eventbrite. This is one of the few events where you really could get instant traction for your software startup.

For 2020, Saastr promises more than 60 speakers and a ton of content.

Early bird tickets are sold out eight months out, and now, tickets start at 249 euros for founders and startups. You can get yours here.

Sektor 3.0 is one of the biggest – maybe the biggest – new technologies events in Central/Eastern Europe. And by “big,” we don’t mean 25,000 people at Mobile World Conference (which is cancelled, by the way.)

By “big,” we mean impact. Sektor brings together about 1,000 experts and innovators from all over the world, with past speakers from the United States, Canada, Australia, South Korea, Singapore, Nigeria, UK, Germany and Sweden. In 2018, speakers represented 15 countries. Those speakers came from Google, MIT, Intel, NASA, CNN, Microsoft, Seoul National University, Stanford University and the European Parliament, according to the email we got from Magdalena.

There’s no speaker list, yet. But the event includes a lot of moving pieces including presentations, practical workshops and technology demonstrations. Also, this is a chance for the Polish technology scene to show off its gee-whiz factor.

There’s a lot of info on the event website, so make sure you click all the tabs.

EU Startups covers the scene across Europe. This is their biggie, and shockingly, they chose Barcelona rather than, say, Turku.

But EU Startups – Summit promises to bring together 1,500 founders, startup enthusiasts, corporates, angel investors, VCs, and media types from across the continent.

They also promise 70 speakers (all TBA), a pitch competition with 75,000 euros in prizes, networking, parties and after-parties. All for relatively bargain ticket pricess starting at 169 euros for startups.

Now, can you find an Airbnb in Barcelona, or will you have to commute from Andorra?

Latitude59 refers to Tallinn’s location at 59-degrees north latitude. Fifty-nine point 44, to be exact. Which puts it dangerously close to the Arctic Circle in our book. But, we’ve heard nothing but good things from the teams we know who’ve attended this boutique event.

And that’s the whole idea … smaller is better. Though they have 100 speakers this year. They include French entrepreneur and data scientist, Rand Hindi; Thomas Metzinger, a neuroethics professor who focuses on researching the connections between ethics, philosophy of mind and anthropology; the AI entrepreneur, Kumarjev Chatterje and Christoph Janz, a European SaaS investor; the founding member of the Singularity University, Kathryn Myronuk.

Startup conferences are about speeches, pitches and wooing investors. The big ones, they’re the cruise ships of seafaring. Latitude59 is the lovely yacht without the crowds. Only people who really matter. Latitude59 is small by design. We like the cosy festival vibe.

The speaker lineup hasn’t been announced, but it’s usually heavy with Estonian talent … the people who’ve laid the groundwork for Unicorns such as TransferWise. But the real reason you’re going is to talk with potential investors, and our friends found exactly the people they needed to connect with.

Startup tickets are 89 euros and you can apply here.

We’ve never seen this before, but two things caught our eye … the website UX (so far beyond all the other events) and the speaker list.

DigitalK is billed as a “gathering for executives, entrepreneurs, investors, curious minds and business innovators in the CEE region and beyond.” Speakers include execs from eBay, Revult, Nividia, Vice and CNN. You can see the full list here.

Tickets start about about 99 euros and you can get yours here.

With the Brexit wall going up around London, Amsterdam is emerging as one of Europe’s three financial capitals along with Paris and Frankfurt. It’s been an innovation center since the 17th century. And TNW is one of its big events.

Because this is the Netherlands, TNW – both a tech news site and an events company – is the intersection of greed and idealism.

Tracks for 2020 include corporate innovation, sustainable societies, mobility, design and AI … pretty much all the things the Dutch do best. We know because Dispatches is a Dutch company.

With these names and TNW’s scale, attending is not an inexpensive proposition. Tickets start at 149 euros excluding talks and you can get them here. A full pass is 249 euros for startups. Hey, welcome to the Big Time.

Techsylvania, 20 thru 23 June in Cluj-Napoca, Romania

Techsylvania bills itself as the premier tech event in Eastern Europe, and it is in Romania’s deep tech pond where all the major companies fish for talent.

This is a smaller event than those Slush, 4YFN and Web Summit 20k-plus crowds. But as it states on the Techsylvania website, it’s the right crowd: 4,000 engineers, founders, investors, executives and CEOs of IT & digital companies, banks and pioneers of growing startups from around the world.

This is a multi-event event, with conferences, workshops and competitions.

The 2020 speaker list isn’t public yet, but past speakers have mostly been execs from Unicorns such as Spotify, Waze and Klarna, execs from eBay and Microsoft and Big Brains from MIT and wherever. So, yeah, this is a pretty serious event.

Tickets start at 89 euros and you can get yours here.

This is more an industry showcase than a conference, but the topics including AI, cybersecurity and big data – are hot and getting hotter.

AI & Big Data Conference is actually five conferences colocated in one huge events space, RAI in Amsterdam. Topics are IoT, 5G, cyber security, cloud, blockchain, AI and big data. And you can tell this all matters because sponsors including Cisco, Siemens, Lenovo and Nokia.

The speaker list for 2020 isn’t public, but usually they include executives from the sponsoring companies talking about their latest technologies.

Early bird tickets start at 89 euros and you can get them here.

Bits & Pretzels is the first big event after the summer break, taking place in Munich during Oktoberfest and it’s still happening for 2020. As always, B&P is an application-only, three-day festival connecting founders and investors.

There’s no speaker list yet, but this is always a star-studded celeb event that has attracted everyone from President Barack Obama to Reid Hoffman and Drew Houston, as well as dozens of VCs and corporate big shots.