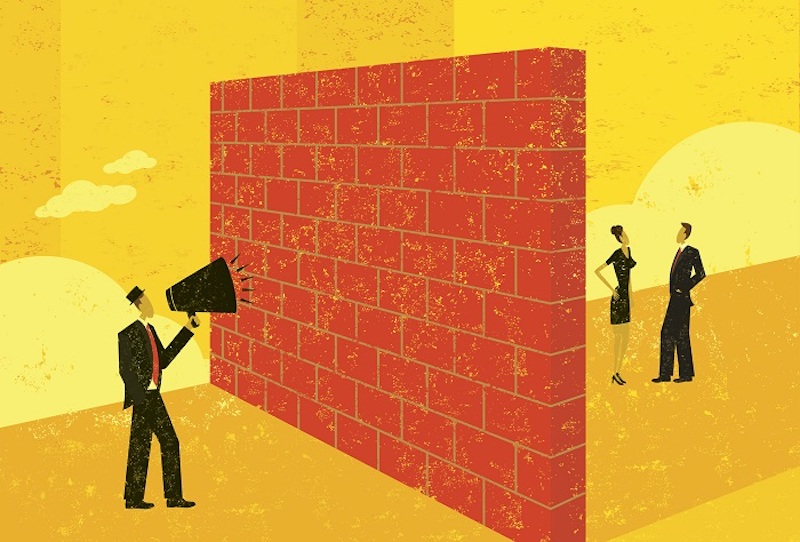 Though it’s only been four years, it seems like the Brexit referendum took place several lifetimes ago, so we’ve forgotten most of the early details. But back in 2015 and 2016, brave Brexiteers Nigel Farage, Arron Banks and, yes, Boris Johnson were leading us to the Elysian Fields of a United Kingdom freed from the affluent tyranny of the European Union.

A few business leaders and economists tried to inject reality into the Brexit debate with warnings about the huge dent Brexit would put in the UK’s economy, but they were quickly shouted off the stage with cries of “Remoaners!” and “Operation Fear!”

Alas, business people operate on objective analysis and empirical data while Brexiteers were selling a feel-good return to Britain’s glorious past. It wasn’t too difficult to see even in 2016 that Brexit was going to be not so much a right turn to greatness as a detour to disaster … confirmed when the people who financed Brexit, including billionaire industrialist James Dyson, pulled up sticks and moved bases of operation either to the EU or Asia.

So, we’ve created a new post documenting the glory as unrelenting waves of greatness wash over the British Isles:

• This is one of the biggest “we told you sos.” The European Union has firm-by-firm stolen much of the share-trading might of the City of London’s once mighty financial-services hub. As of mid-February, Amsterdam has replaced London as Europe’s main share-trading hub, according to the Financial Times (via Bloomberg.)

Here’s the nut graph from Bloomberg:

The City of London lost its rights to access the single market on Dec. 31 and the EU has not permitted investors inside the bloc to trade shares in companies such as Airbus SE and BNP Paribas SA from the U.K. That saw more than 6 billion euros of daily EU share trading leave London since the start of the year.

This is hardly unexpected as everyone from business leaders to academics to economists warned this was coming. The question is, do the hard-line Brexiteers even care? Clearly, they didn’t and don’t.

Here’s “Bitter, table for one: What it will be like to be British after Brexit,” our eerily prescient take on the glorious restoration of British greatness.

• At the same time London is losing trading volume to Europe, the UK is dueling with the EU on banking rules. This might be one of the battles where the UK is right – Bank of England Gov. Andrew Bailey points out the UK’s standards already are closer to being equivalent to the EU’s than those of Canada, the US, Australia, Hong Kong and Brazil, “countries that have been awarded “equivalence” gold stars by Brussels,” according to the Guardian.

But it still comes back to Brexit – the old scores to settle and the new global rivalries it created.

• Everyone knew Brexit could restart The Troubles in Ireland. Everyone warned that a return to hard borders would be a violation of the Good Friday Agreement of 1998 that’s lead to 20-plus years of peace. And yet those predictions did nothing to stop Brexit, which now separates the Republic of Ireland – part of the European Union and largely Roman Catholic – and Northern Ireland, which is predominantly Protestant and part of the United Kingdom.

Post-Brexit complications over goods flowing between Northern Ireland and the Republic have led to the Loyalists in the north increasingly angry that they’re cut off from smooth trade with Britain, so Boris Johnson is considering triggering Article 16 of the Northern Ireland Protocol in the Separation Agreement. The EU and the UK both have the right to break the glass and pull the Article 16 switch to reset the Irish border if problems arise.

Those problems everyone warned about back in 2016.

Basically, the UK is asking EU officials to delay full implementation of the Irish protocol until January 2023 on the way to renegotiating the Irish border.

Believe it or not, between investigations into Malin Anderrson’s underwear and Rita Ora’s new mansion, the Daily Mail has the most detailed explanation of this thorny issue.

• The Brexit-supporting Times of London has suddenly awakened to the fact that leaving the EU has put the UK into an existential crisis. In a new post, the Times says a survey it commissioned in England, Northern Ireland, Wales and Scotland indicates “the sense of British identity that once bound the country together is disintegrating.”

Our reply to that is, “Well, Brexit was always about England. But a thousand years of subjugating Wales, Ireland and Scotland hasn’t done much to make the Welsh, Irish and Scots more enthusiastic about the union.”

• In one of the weirder Brexit twists, the Guardian is reporting the UK’s Department of International Trade is advising British companies caught up in the Brexit bureaucracy to move to Europe.

If they set up parallel business registrations in EU countries, they can avoid the new paperwork requirements on British companies who are no longer part of the EU’s single market.

Registering in, say, the Netherlands likely will mean laying off UK staff and replacing them with Dutch employees, according to the post. Which again, we don’t remember Nigel Farage mentioning in his description of a bold new England. One business owner interviewed for the Guardian post noted that ironically, Brexit turns out not to be about winning back control from the EU “but investing in it to survive.”

• Things are no better for British consumers, who are getting big surprises when they order apparel and other goods from EU-based retailers. The BBC has a post about the extra fees tacked on to purchases … fees which are the responsibility of the consumers. One woman, who ordered clothing from an EU-based chain, was shocked when courier company DPD added 58 pounds in customs duties, value-added tax and miscellaneous expenses to her 180 pound order.

• Remember when the United Kingdom was going to become Singapore-on-the-Thames, making trade deals around the world on its own terms? The first was going to be with the United States, whose president in 2016 was a like-minded populist fawned over by Nigel Farage, who called Donald Trump “the bravest man I ever met.” Unfortunately, Trump had a habit of never following through on promises. In fact, in 2019, the Trump Administration imposed a 25-percent tariff on Scotch whisky.

Trump is gone, and President Joe Biden has made it clear that he’s in no hurry to endorse Brexit and alienate the EU through a favorable trade deal. Janet Yellen, Biden’s incoming Treasury secretary, says Biden has made it clear he will not sign any new free trade agreements “before the U.S. makes major investments in American workers and our infrastructure.”

All this was an expensive exercise in futility for the UK. The Scotsman has a new post about how Boris Johnson’s Department of International Trade spent 432,000 pounds with five American law firms for advice on how to get a deal done including a “mini-deal” with Trump before he left office, which never happened. That’s not counting a separate contract worth up to 500,000 pounds for this year. The post quotes Lord Kim Darroch, a former UK ambassador to the US, stating that with the change in administration, the UK will be “lucky” to strike a deal with the US while Biden is in office.

• What was purposely obscured in the earliest days of the Brexit campaign is that being part of a single market with friction-free trade and unrestricted services is what turned the uncompetitive coal-fueled post-World War II UK into Europe’s gleaming financial and tech center. But as John Lichfield at Politico writes in the best post we’ve read on the post-Brexit era, those were invisible benefits. In “A Brexit lesson: EU’s benefits, largely invisible, hurt to lose,” Lichfield writes that invisible benefits “are easy to forget and hard to sell politically. They are also easy to dismiss and easy to lie about. But the cost of abandoning them can be steep.”

British exporters are predicted to suffer 28 billion euros in losses during 2021 alone as a result of decreasing access to EU markets and increasing regulations, delays at border customs controls and tariffs on every industry sector. Which Nigel Farage forgot to mention, but James Dyson clearly foresaw.

As Business Insider noted, at that rate, Brexit will soon cost the UK more than all its payments to the EU for the past 47 years put together.

• Of course, what hurts business ultimately affects consumers. Fish are rotting on the docks of Scotland and British fleets are in a panic. Expat bank accounts are closing and Brits are losing unrestricted access to summer homes in Spain. Brits won’t be able to see their favorite European bands and visa versa.

Because of delays, retailers in both the Republic of Ireland and Northern Ireland are struggling to keep shelves stocked, according to multiple media reports.

In a letter to the Republic’s Taoiseach Micheál Martin, the Freight Transport Association Ireland predicts “massive disruption” in the weeks ahead as the realities of Brexit-impacted trade between Ireland, Britain and the EU kick in.

• The end of free movement somehow caught many Brexiteers unawares and Brexit-enabling tabloids such as the Daily Express and the Sun featured posts about how UNFAIR it is that Brits can’t continue to spend as much time as they like in France, Spain and Portugal. Moreover, the UK has new requirements that expat Brits with non-British partners must earn at least 18,600 pounds per year to return to Blighty … more if they bring children who are not British citizens.

• France is touting how Brexit has been a windfall for its financial sector. The Guardian and even the Express have posts about how Brexit has driven almost 2,500 jobs at financial firms and banks and “at least 170 billion euros in assets” to France.

• So, there must be an upside, right?

We’ve listed them all here: