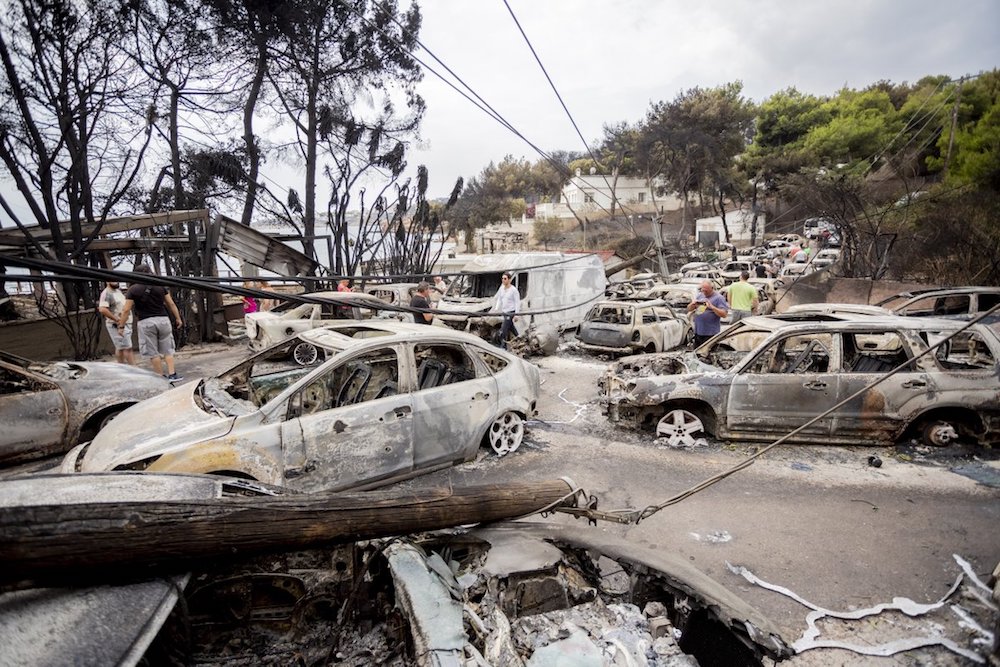 I usually write travel pieces or posts about the expat life in Greece for Dispatches Europe. But today I am so furious that I am writing about one of the catastrophes that occur here every summer with monotonous regularity; wildfires, some set deliberately by greedy, unscrupulous property developers. 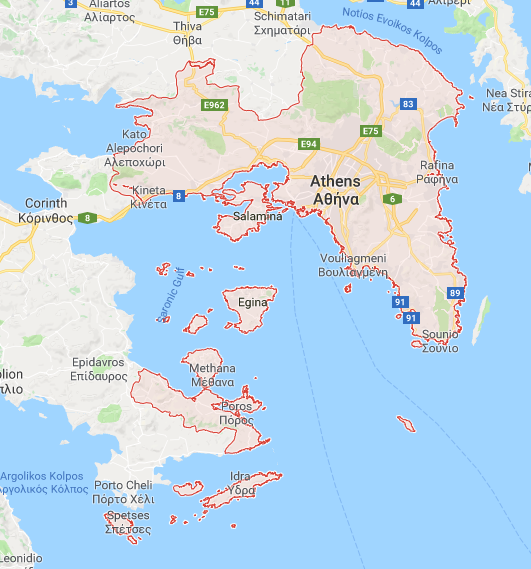 This week, fires raged in different parts of the province of Attica just north of Athens with the body count still climbing. The latest estimates are that at least 74 people have died in  Greece, with hundreds hurt.

The fires began Monday and by the afternoon, the sky above Athens had turned orange. One could have mistaken the cause of the colour for the lead up to a thunderstorm. However, smoke hung in the air, and the smell of burning wood was unmistakable in some parts of Athens. People in the city, and in the rest of Greece, flocked to churches to light candles for the dead and to pray for the rain which had been forecast.

People woke up Tuesday relieved to find that the sky had returned to its usual hue, but were immensely saddened by the harrowing tales of those who failed to escape the fires. One particular tale stands out. A group of 26 people in Mati were attempting to reach the safety of the sea but were cut off from their escape route by the flames. They died embracing each other as the flames devoured them.

Victims are being discovered off the coast with the Greek navy recovering several bodies.

The area around the port of Rafina was the scene of multiple tragedies. However, across Attica the fires raged.

Arson is usually suspected when the wildfires start, as often they begin at night. Many Greeks believe that the fires are set by people paid by property developers. Certainly, there have been some “coincidences” in the past.

When land is not for sale to developers, a fire starts and so the trees and wildlife are no longer a consideration when it comes to selling the land for development. Houses are built and now they cling to the sides of the mountains around Athens.

Yesterday Tuesday, 24 July 2018, the press reported that Greek armed forces will assist in the firefighting efforts. One hopes these measures are timely.

Across the capital, donation points have been set up to help the residents of the east Attica region, who lost all their possessions when their homes were consumed by the flames. In Rafina, a chain of supermarkets, some cafés and local tavernas are offering free meals and food to those who have been so badly affected.

Member states of the European Union, including France, Germany, Poland, Cyprus, Italy, Spain and Bulgaria have offered assistance, as have other countries.

Doubtless, investigators will ask questions about how and why the devastation occurred and the “blame game” will be played out to its conclusion. If arson is proven, the guilty parties should be brought to justice. Then harsh sentences should be meted out to serve as deterrents.

The environment around Athens can’t continue to be destroyed in the way it has been in successive years. The mountains have few trees on them and there is no replanting going on that we Athens residents can see. There should be educational programmes to raise awareness of the importance of the country’s flora and fauna.

Such initiatives could help enormously.

For more on the wildfires in Greece: