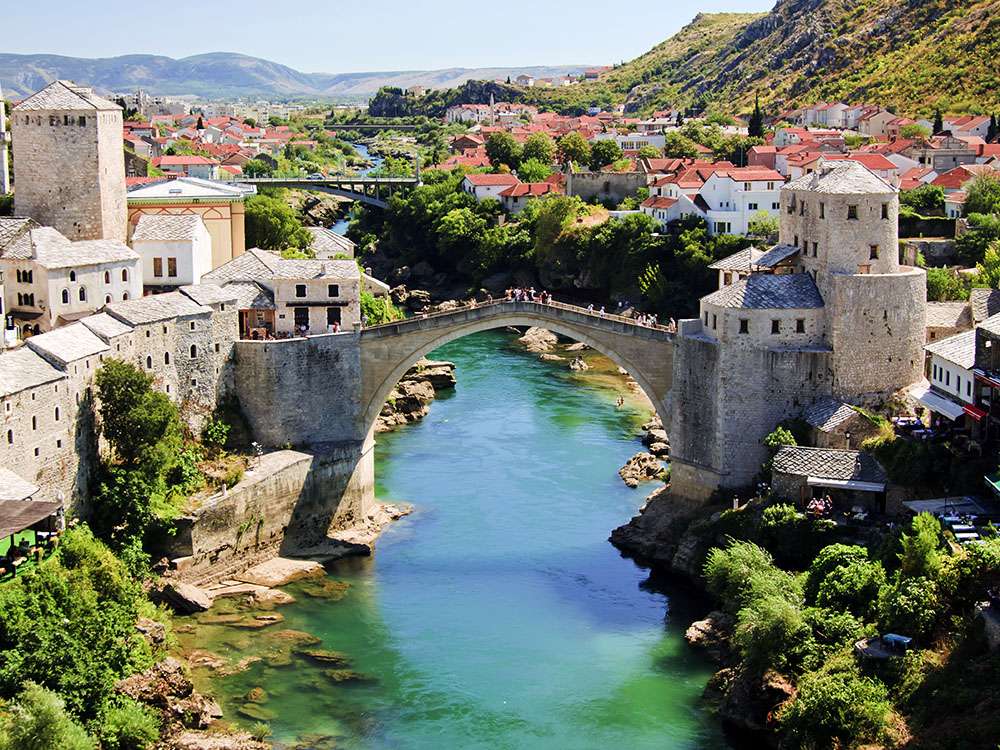 When I was studying civil engineering in Graz, Austria I always joked that Bosnia and Herzegovina does not have up-to-date roads and railways because they are waiting for me – a native – to be done with my college.

Much to my surprise, as I interviewed for a job after finishing my masters, the company that hired me said they needed someone like me … because they just got a railway reconstruction project in Bosnia and Herzegovina! 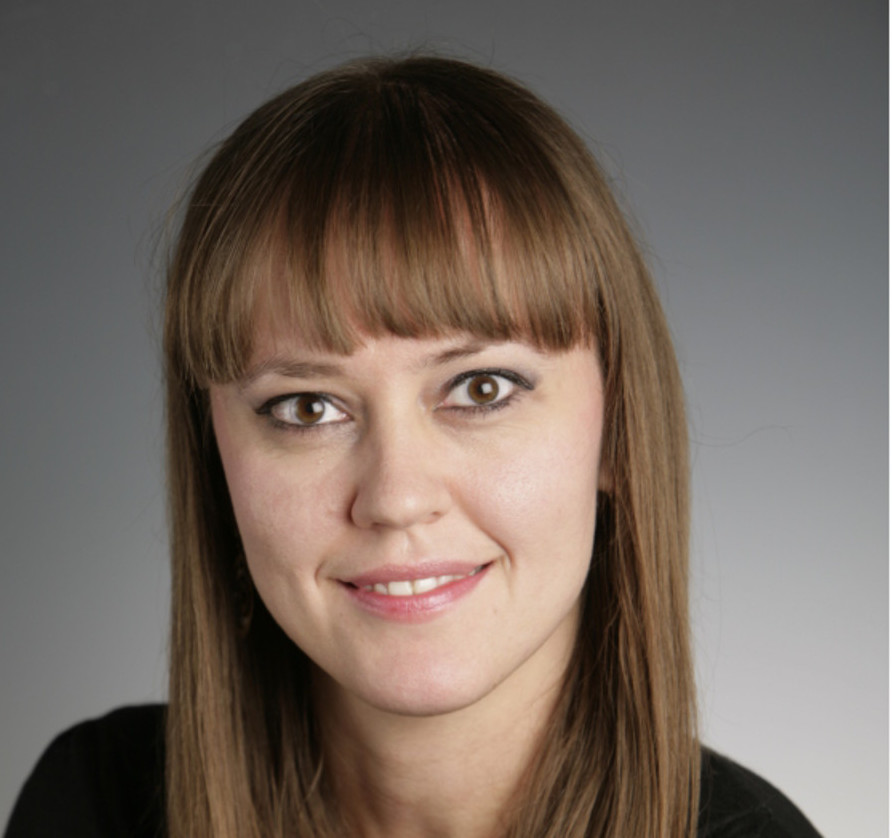 So after living in Austria for seven years, I returned to Bosnia and Herzegovina as an expat in my own home country.

The project I worked on was based in Doboj, in the north of Bosnia and 60 kilometers from my hometown of Tuzla and in Mostar, Herzegovina, 240 kilometers (that would be 4 hours of driving Bosnian roads) in the south.

I tried to steer the wheel to being based in Doboj so I could go home to Tuzla anytime I wanted. But I ended up going to Mostar, which turned out to be the best thing ever for me.

As in every country, Bosnia and Herzegovina has very big differences between the north and south, and the one side always pities the other. ☺

As a typical Northern girl, I always felt sorry for the Herzegovinians, living so close to the Adriatic coast but not directly by the sea. So they had – I imagined – the heat of the South, but no sea to offer relief from the heat.

And boy was I wrong to pity them.

As I started my Herzegovinian adventure in April 2011, the reconstruction of the railway was in full progress along the river of Neretva, the most beautiful, greenest, green river you shall ever see. 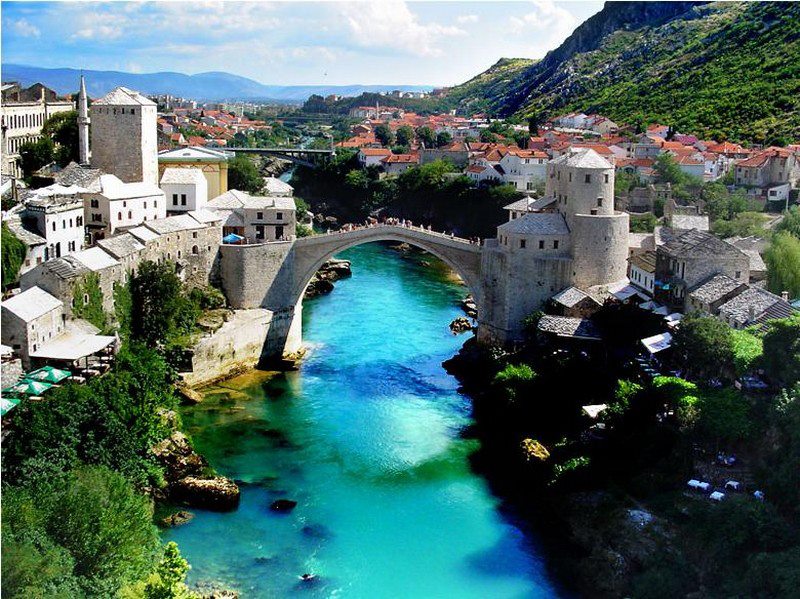 The road is on one side of the river and the railway on the other side, so we either had to cross the river over a bridge and then walk on the railway in 100 degrees Fahrenheit/40 degrees Centigrade weather or we just simply called our “boat guy” Salko and he would drive us over to the construction site.

So when Salko was not available and I/we had to walk, every vehicle was a good option. Excavator? I’ll take it.

Better that than walking 3-to-4 kilometers carrying equipment.

So during the day I was riding excavators or trains in tunnels that had been traveled by coal trains since 1965.

But during the afternoon or evening, Mostar is heaven for hedonists and pure glamour, I tell you. 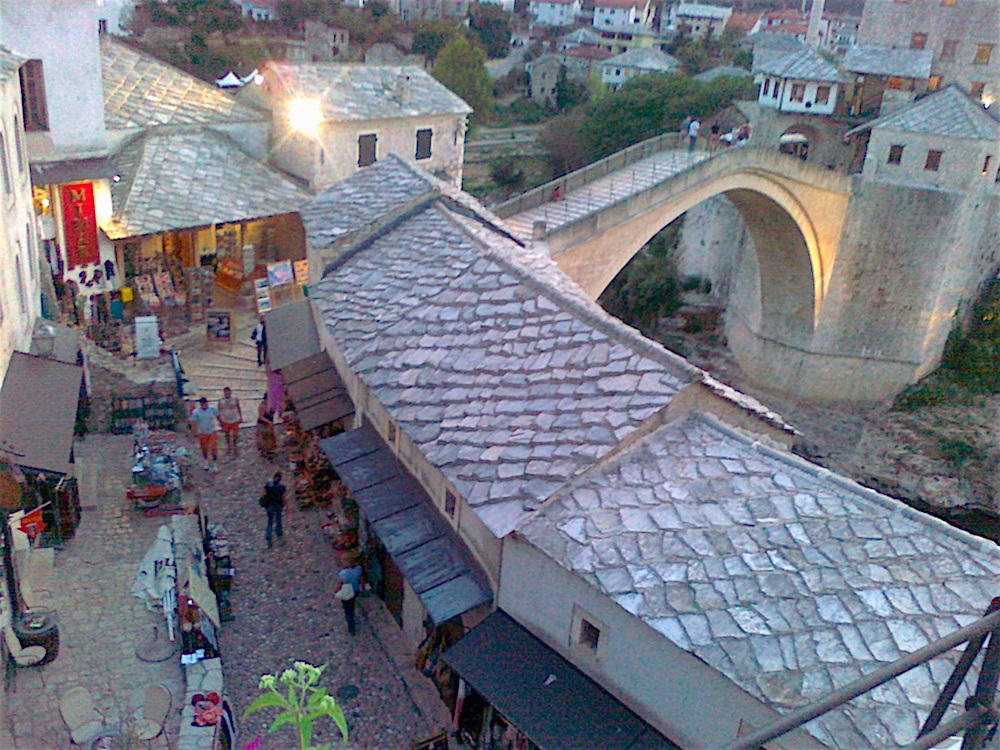 Before I start praising Mostar, I feel obliged to mention the misfortune of this town.

The Neretva River runs precisely through the middle of the town and divides Mostar into two halves that mirror the political and ethnic strife in the town itself. The war caused so many wounds they are still bleeding.

Unlike other towns in Bosnia and Herzegovina, which were attacked from outside, Mostar’s fights were within the town, between the Roman Catholic (Croat) and the Muslim populations. Many Mostarians will still not cross the bridges to the other side of the town: East is Muslim and West is Catholic.

But I never had any problems, since they always said, “You are not from around here; you did not participate in the horrors that were going on during the war.” And so I got their approval and was accepted by literally everyone I met.

At first glance, one notices Mostar was – and is – a town with great history and culture. It is a town of poets and beauty. People are relaxed and typically laid back.

For example, everyone drives very calmly (compared to the north of Bosnia at least). And if it happens they see a friend sitting in a garden of a  café  – which is inevitable as the Bosnians and Herzegovinians are social animals and addicted to coffee – they will simply turn off the car and “park” it wherever it stops.

No one will get mad or frustrated: Hey, people have to drink coffee and hang out. They will simply pass by it and not get disturbed.

My Austrian colleagues in general complained they will not be able to drive once they are back in Austria, since they have not been applying the traffic rules for few years and had come to forget them.

Sitting and sipping your coffee or a tasty cocktail in one of the many, many cafes, you will see insanely good-looking people everywhere. They are tall, tanned, well dressed and always in a good mood – and I came to discover why.

Apart from drinking coffee, in Mostar you can rent a tennis court for 5 Euros an hour, play beach volleyball for free, go swimming in one of many town swimming pools or in the cold, cold river of Dreznica.

If you are a mountain type, there is Ruiste, a mountain that has a lot of snow and ski resort during the winter. Hutovo Blato National Park, with many endangered bird species, is also less than an hour’s drive away if you are a hiking type.

The year I was there, it turned out Hutovo Blato was not a very visited place but offered a lot of fruitful soil, so some guys decided to grow marijuana there. Lots and lots of marijuana.

They would have even made money on it if this part of the country was not known for summer fires, and the fire spread exactly through the marijuana area. Everyone noticed the marijuana plants as the residents of a nearby village were unusually happy and, as a consequence, the marijuana owners very, very sad ☺

Farther south of Mostar, there is also a national Kravice Waterfall – breathtaking. The view and the waterfall are very refreshing and as natural as a park and waterfall can be. Here you can disconnect and find the savage in you, once again.

Or just spend a quiet day swimming and unwinding from the cocktails and partying the previous night in Mostar. 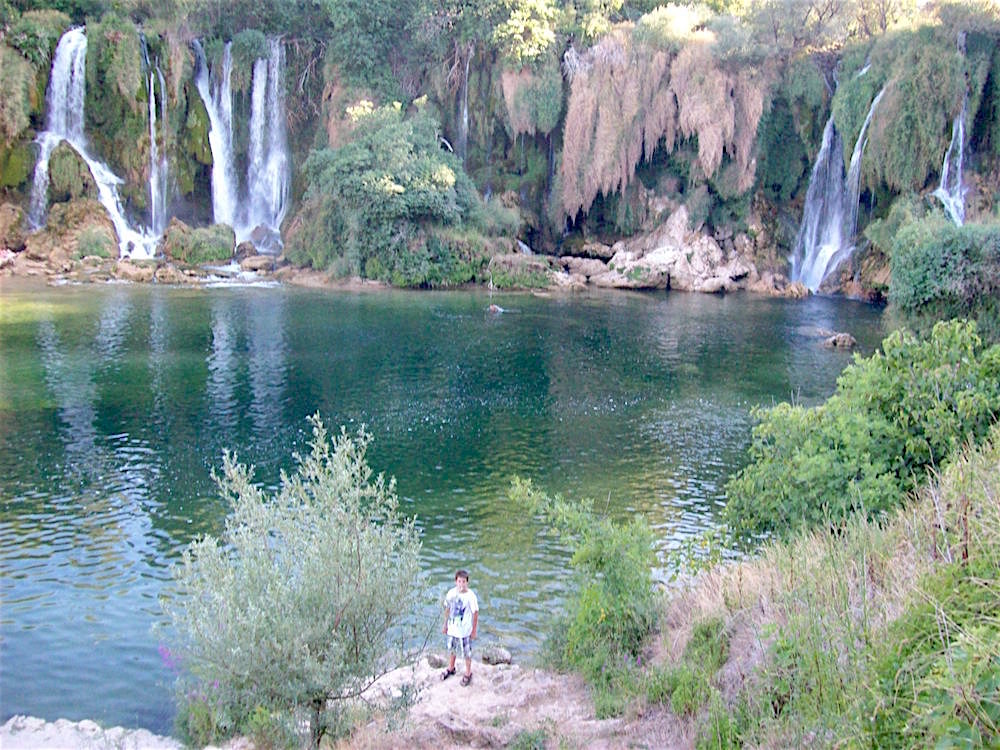 The summers tend to get very hot, up to 40 degrees C (104 F), and it only takes you a bit over an hour to reach the first coast stop, Gradac in south Dalmatia, Croatia. It is the first of many beautiful, beautiful little villages on the Adriatic coast. The drive itself is a pleasure and a stress relief itself, not to mention the sunbathing, swimming and good fish meals afterwards. 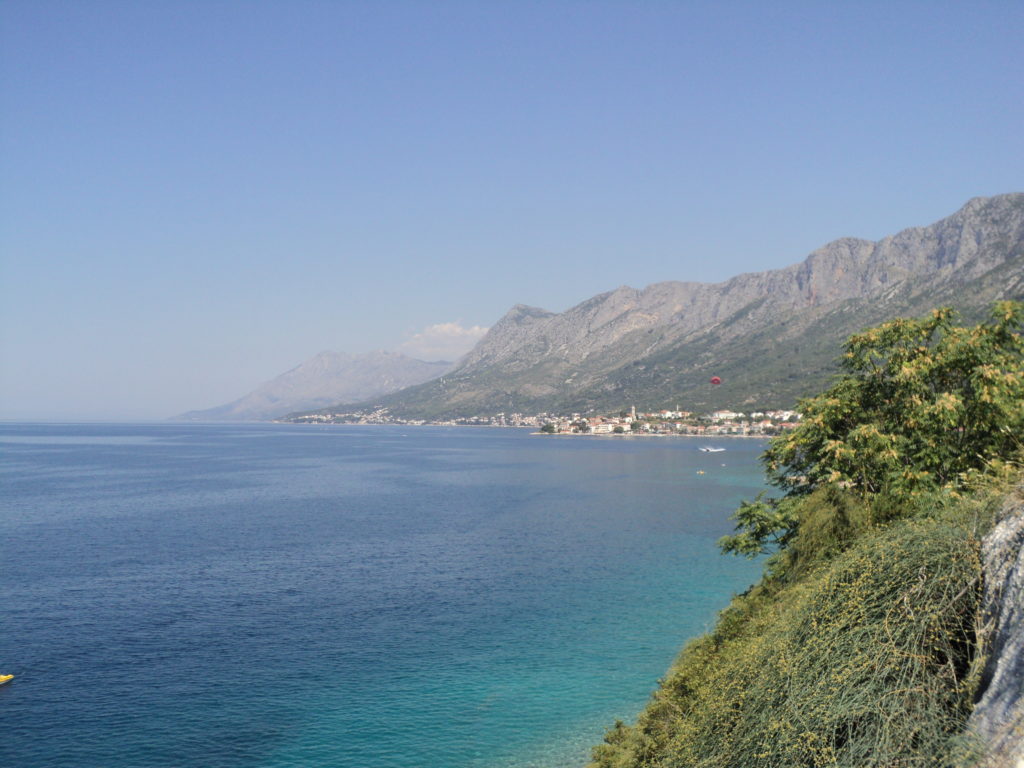 Not a party person and not a fan of mountains, swimming and sun? No problem, the spring of the River Buna is just a half an hour away, with movie-like scenery and good hiking roads, away from the noise and full of interesting things such as a monastery (Tekija) of old Bosnian monks called Dervisi. 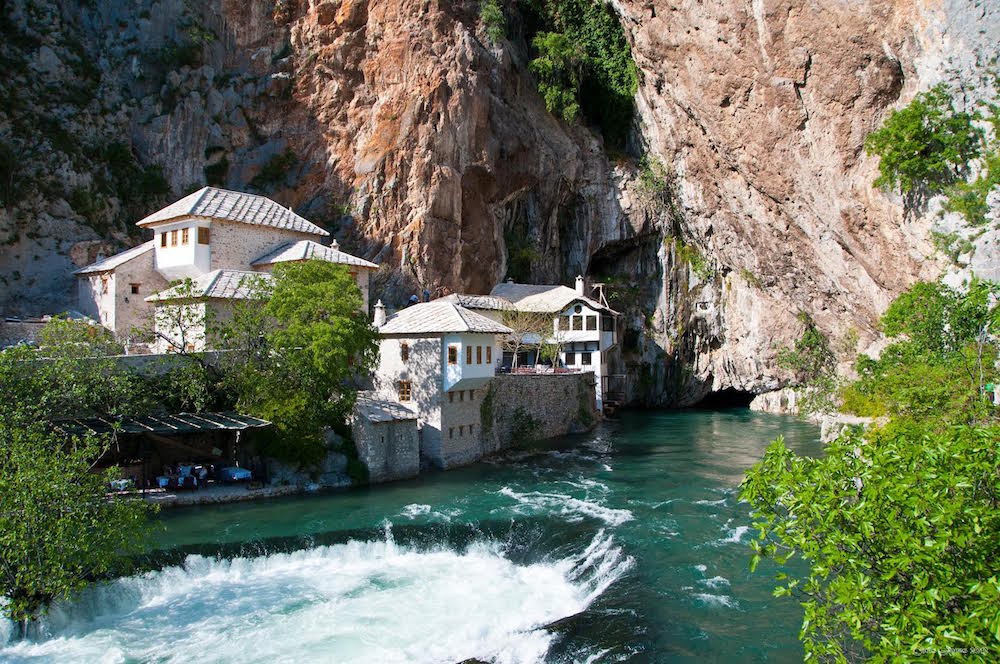 THE SRING OF THE RIVER BUNA

If you still do not find anything that gets you pumped up/stress relieved/back in touch with nature/whatever you are looking for, and you are looking for some serious soul-searching and spirituality, there is a world famous pilgrimage Medjugorje, a holy place for many religious people.

When you think, I have seen it all, once again Herzegovina and Mostar will surprise you. Right next to the pilgrimage there is an ethno village Medjugorje, full of animals and souvenirs, as well as old farming tools. If you are brave enough, you might even try to find the love of your life there ☺ 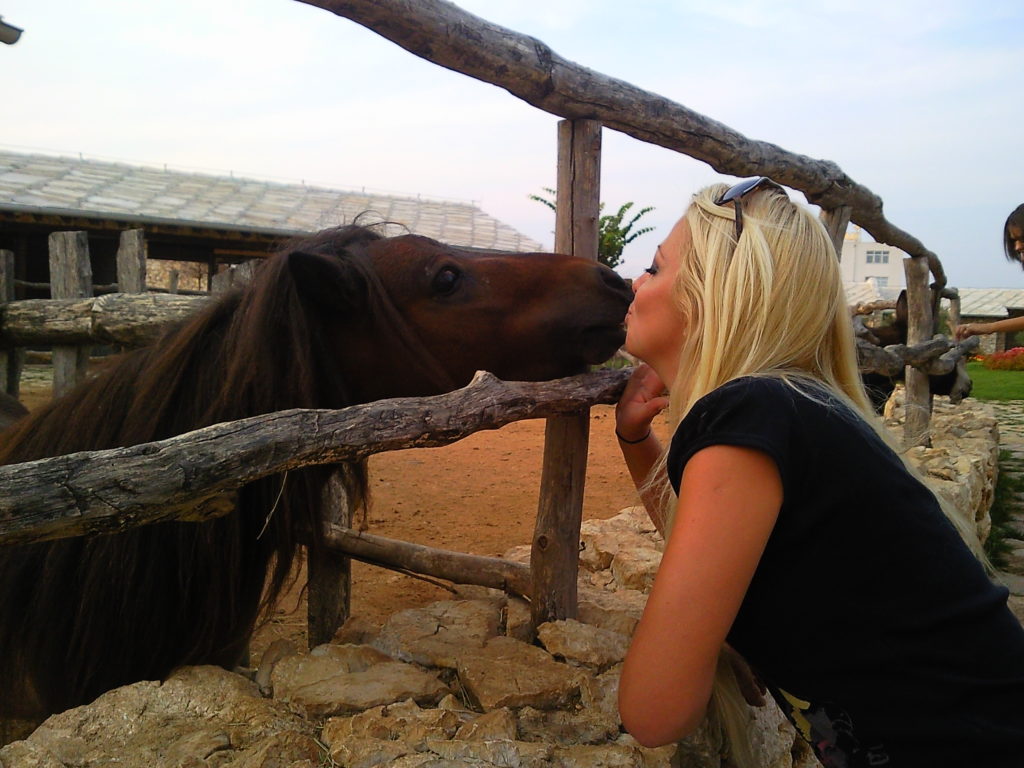 All in all, I spent 5 months of my life continuously living in Mostar, living more interestingly than I had a decade before.

It was so fun that I often wonder how I got any work done!

The fact is, Mostar will pump up your energy, you will feel right at home surrounded by warm, welcoming, life-loving people and you will beam this energy 24 hours per day. You will fall asleep with a smile on your face, thinking about all the fun of the past day and wake up with an ever bigger smile, awaiting what the new day will bring.

Driving, drinking coffee and enjoying the company of friends will never be the same again.