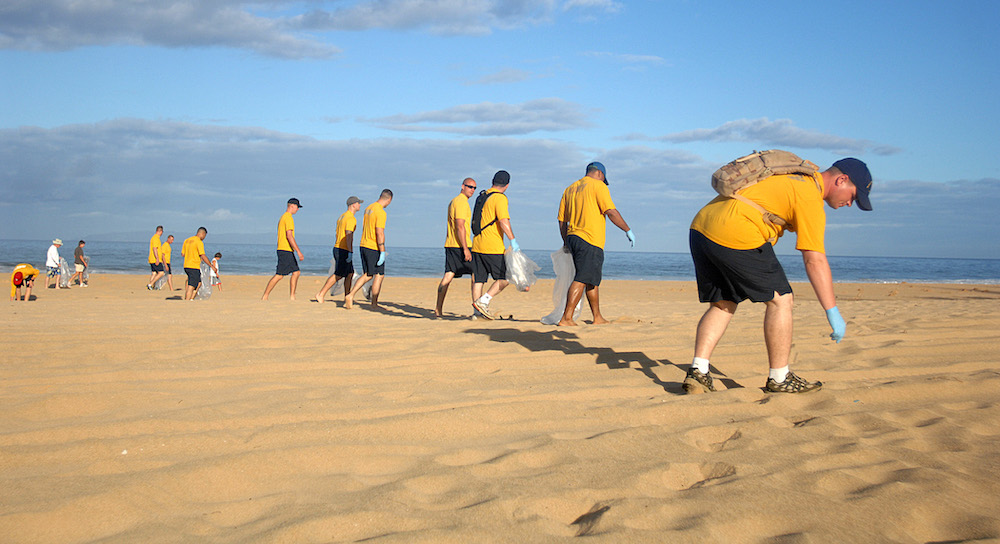 (Editor’s note: This is Pt. 4 of a four-part series, “Gripes about Greece,” looking at the reality behind the myth of Greece as the ideal expat destination. Pt. 3 looks at Greek bureaucracy and other issues. These posts are curated from Christina’s conversations and personal experiences, research and from monitoring expat social media platforms. You can jump to Pt. 1 here, Pt. 2 here or Pt. 3 here.)

In this, the last of four installments of the Gripes about Greece series, I will discuss environmental issues (spoiler alert: we could be a lot greener!) as well as the Greek mentality as it relates to religious, social and familial issues.

Frankly, the amount of litter around Greece is shocking. We were never a very neat and tidy country, but many of the nation’s saintly street cleaners were fired for reasons of economic austerity years ago and were never re-hired. Sadly, Greece is known for being a nation of outright litterbugs. Cigarette butts, overflowing trash cans and dumpsters, single-use plastics left everywhere (including beaches!), streets that are never washed down and foul-smelling garbage trucks that have never been cleaned are the norm, even far from the densely-populated urban areas in the suburbs and in rural areas.

There are several groups who gather to clean up areas all around the country but it is a Sisyphean task. The litter phenomenon is an especially disheartening situation for a country which is dependent on tourism to a large extent. I am happy to report that sometimes you will see a family or a group of kids picking up litter on the beach or in a park and once in a while others will join in! Last time my son and his friends did this at a beach party, two other random kids joined them.

Especially now in pandemic times, Greeks are using their cars more than ever. S we now have extra traffic and fumes on top of the regular doses. However, even before COVID-19, public transportation was not a daily preference for many Greeks and carpooling is virtually unheard of except among close family and friends once in a while.

Along with cars (many of which zip around with just one passenger) goes the ubiquitous noise pollution of the car horns — a much-overused driving strategy on the streets. Just this week I read that in the municipality where I live (a suburb of Athens), they are finally going to ban the very-popular gas-powered leaf blowers which people here use not just for leaves but just for clearing dust from balconies and outdoor stairs, etc!

Let’s hope the rest of the city and country do the same so we can all have a little less noise and particulate matter pollution in our lives.

Not far outside Athens we also have many oil refineries which of course do no favors to anyone’s lung health, depending on how the wind blows and, of course, they also discharge contaminated wastewater into the otherwise gorgeous coastlines of the area. Fingers crossed our windy and sunny nation starts to really embrace the wind and solar power that is ours for the taking and would mean a cleaner environment for this country of dreamy landscapes.

The clashing of worldviews

Greece is an idiosyncratic place in many ways and this can be exciting and interesting for newcomers but it can grate on the nerves of those trying to really integrate. In political terms, Greece is quite securely aligned with the West. However, when it comes to social attitudes and issues, Greeks are known to be quite a bit more conservative and religious than Western Europeans.

Tradition trumps progress in many situations and sometimes expats are very upset to realize that beyond the friendly chit-chat, they might well hold a very different set of values than their Greek friends or family. While many Greeks (and local non-Greeks) are happy to live and let live, there are some from both groups who can’t tolerate each other’s worldviews on what they feel are critical subjects.

Some of the most common complaints I hear regarding a clashing of worldviews relate to sexist, racist, homophobic and xenophobic attitudes that many newcomers are sometimes shocked to realize are fairly prevalent here. Family meddling can also be a problem for a newcomer marrying into or otherwise joining a more traditional Greek family. Some folks are just not accustomed to having a slew of others involved in their decision-making processes. Other non-Greeks are happy to join a big clan and, if they show a high level of respect for Greek traditions, they might well be accepted.

Sometimes major conflicts arise when a non-Greek has children with a Greek and said Greek assumes the child will be raised with all the Greek religious and cultural traditions, but the non-Greek has other ideas. Then sometimes the non-Greek will feel the pressure, not just from their partner, but from the entire extended family and friend circle.

I advise anyone joining a Greek family in Greece to have talks about these matters before having children or moving here. It should be noted, however, that some Greeks (especially those who have studied or worked abroad) are forging new paths in terms of love, marriage and child-rearing. I should also mention that some non-Greeks really like the general values held by the Greeks who go in for lots of cultural and religious traditions so little of this is a real problem for them.

In related matters, same-sex marriages are not yet recognized in Greece, but same-sex (as well as opposite-sex) cohabitation agreements are. Town hall weddings and non-religious child-naming ceremonies are also becoming more popular, whereas once they were virtually unheard of due to the strong foothold the Orthodox church has traditionally had in all aspects of Greek society.

The times are changing, for sure. Never a dull moment here and if you can find some Greek friends who like a lively debate over a glass of wine or a cup of coffee, enjoy! Everyone is sure to take something away from the (loud but usually civilized) discussion.

Good luck! Καλή τύχη (pronounced Kah-lee tee-hee), whatever you decide to do!

You can see more of her Dispatches posts here.

You can see our Greece archives here.