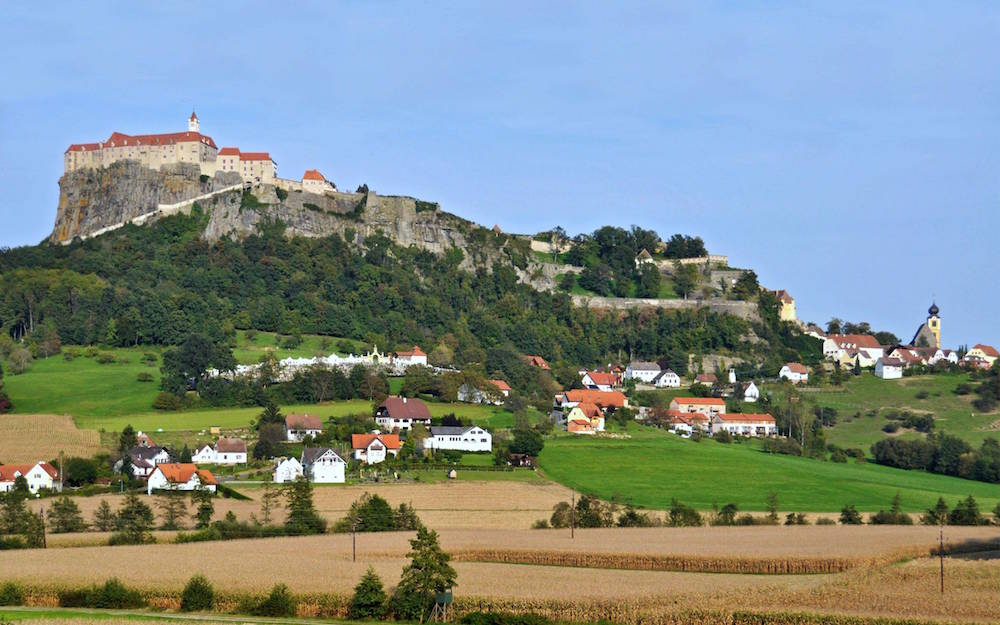 Another weekend comes for the most hyperactive city in Europe, Vienna, where Prince Charles and Duchess Camilla recently learned how to make strudel at Cafe Demel during their nine-day, “Brexit doesn’t mean England wrecks-it with Europe” diplomacy tour.

• Styria Spring at the Rathausplatz 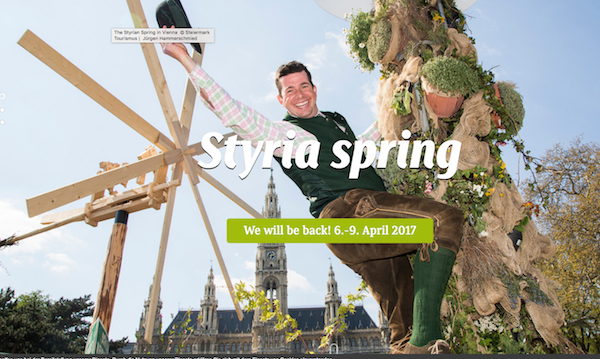 When: Today through Sunday, 9 April

This is a basically a huge travel & tourism trade show …. a huge pitch for Styria’s scenic and cultural wonders to potential visitors. And it’s not a hard sell.

Styria is Austria’s second-largest state, running from Liezen on the west to Graz on the east. It is certainly the most traditional. This may not be “Sound of Music” Austria (that’s Salzburg), it is “Climb Every Mountain” Austria, full of mountains to ski, forests to hike and and even an underwater park.

Lots of cows, probably. And certainly Austrians doing the traditional stuff Austrians do like folk dancing and wine appreciating.

We counted at least 70 booths and performances showing off all the natural and manmade attractions, cultural events, places to stay, things to see and stuff to do. But this is actually a very sophisticated area offering services such as spas and off-line vacations under “regeneration and wellness.”

There are different events starting at different times each day.

You can see the full schedule here.

You can even go to Styrian-style worship service on Sunday morning with Father Gabriel Reiterer from the Benedictine Abbey of Seckau and the Men’s Choir of Rachau. 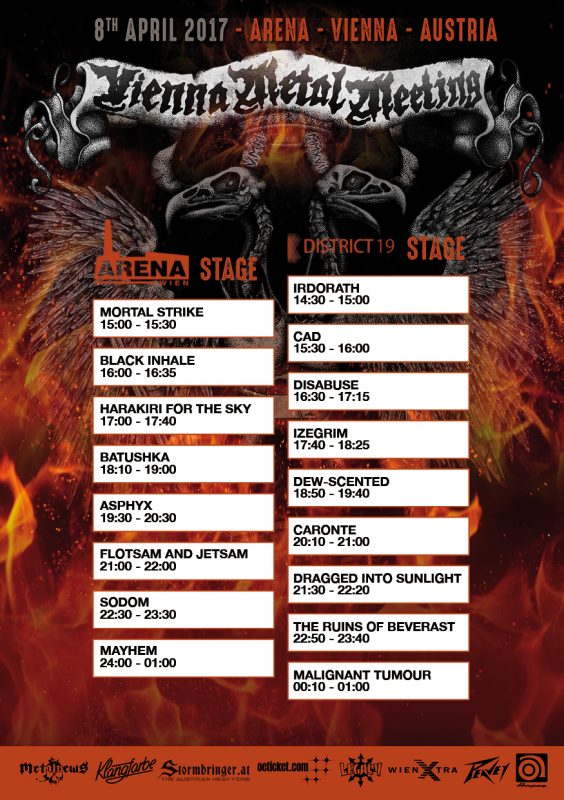 Keep those ball gowns and tuxes packed up, and throw on your finest black leather, denim and studs, for the only dancing to be had at the Vienna Metal Meeting 2017 will involve slamming into your fellow metalheads within the wall of death!

Bands include: Mayhem, Sodom, Flotsam and Jetsam, and more.

A meet-and-greet with Izegrim, Dew Scented, Asphyx, and Flotsam and Jetsam hosted by More Metal magazine will also occur during the meeting.

• How To Laugh in English – Stand Up Comedy with Matt Davis

Matt Davis is the latest biggish English-speaking comic – and the rare American – to play Vienna’s comedy circuit. (Most of the other guys are from, like, Senegal and India.)

Well, he’s not big … his career is big. We have no idea how big Davis is, but he’s danged funny (check out the vid) and he’s world-wide.

The Alabama-born, award-winning comedian has five albums. and has been a touring performer for 20 years, playing 150 cities across 17 countries. Places like Myanmar and Viet Nam.

Tickets are 15 euros, and you can get them here. 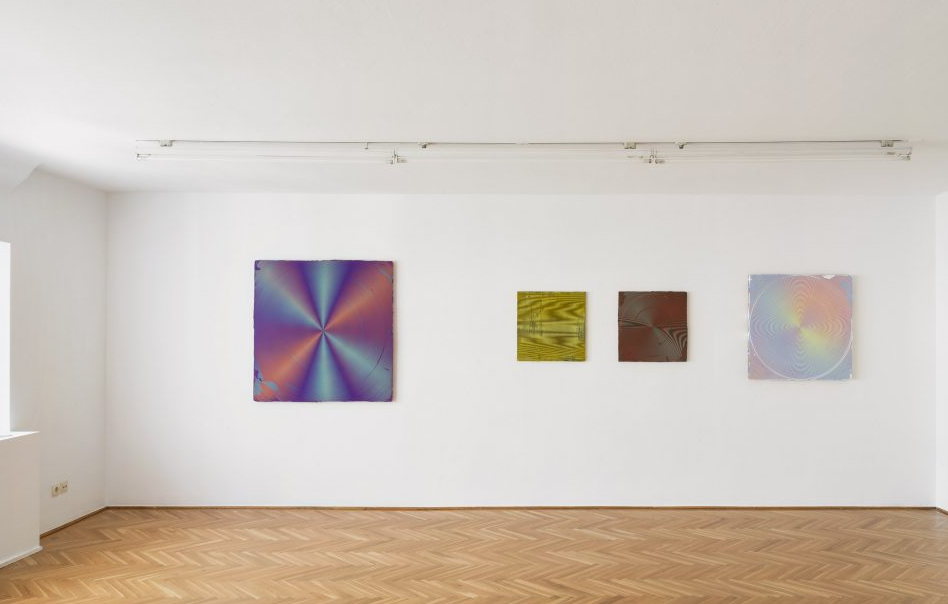 Coming to Secession today through 25 June 2017 is its latest exhibition, The Visible Spectrum.

The exhibition features the abstract art of American Anoka Faruqee, whose works “are characterised by pulsating optical and chromatic effects… Influenced by digital technologies on the one hand and the geometries of Islamic art on the other.”

As part of her first institutional exhibition, Faruqee will present selections from Moiré Paintings, Circle Paintings and Wave Paintings.

Tickets to Secession are 9.50€, children under 10 enter free.

Get ready for Easter with the third edition of the Kalvarienberg Festival at Kalvarienberggasse! The arts and culture fair runs through 16 April 2017, and has something for everyone, including: jazz concerts; Easter art; workshops; a wide range of programmes tailored to specific age groups; a gift shop; and more! 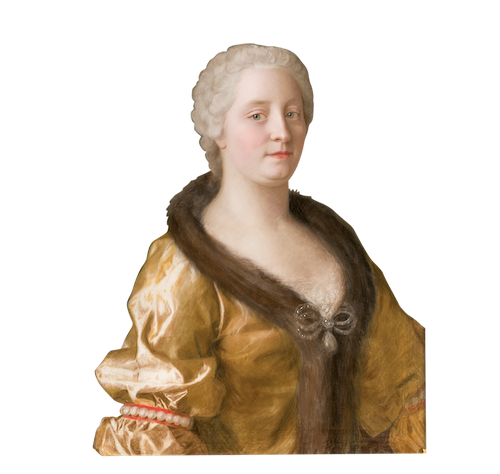 Three hundred years ago this coming May, Austria’s Queen Maria Theresa Walburga Amalia Christina (Maria Theresiaauf Deutsch) was born in Wien at the Hofburg Palace. She would go on to become the only female ruler of one of the Habsburg dominions, and would be the last of her kind; her son, Joseph II, would be the first to rule under the merged House of Habsburg-Lorraine.

During her four-decade rule between 1740 and 1780, the House of Habsburg saw its final golden age, Maria Theresa becoming the mythical “great mother” of Austria through her reforms in education, finance, commerce, agriculture, civil rights (unless you were Jewish or Protestant during the first 20 years of her rule), medicine, and the military.

Thus, Vienna celebrates the complicated portrait of Maria Theresa with its months-long exhibition, 300 Jahre Maria Theresia. Strategist – Mother – Reformer. From now through 29 November 2017 (the day of her passing from this mortal coil at the age of 63 from long-term effects related to smallpox), the exhibition will be split between four locations and four themes (one per location).

The focal point of the exhibit is a portrait of the queen by Jean-Étienne Liotard, “the result of a spontaneous encounter between the monarch and the artist during his first sojourn” to Austria.

Tickets and information for the exhibition can be found here; a combined ticket for all four venues is 16€ for children between 6 and 18, 29€ for adults.

• THANK YOU FOR THE MUSIC 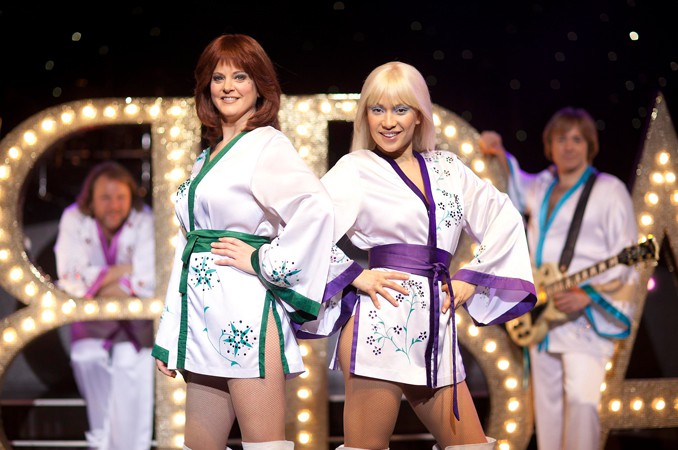 Are you ready to take a chance on this music tribute?

Coming to Vienna Stadhalle this Saturday is Thank You For The Music, an tribute show recreating the magic of 1970s Swedish pop group ABBA.

The show features all of the quartet’s hits, including “Waterloo,” “SOS,” “Dancing Queen,” and “Fernando.”

We’ve but over a week left to enjoy the month-long annual Vienna Blues Spring blues festival, which runs from now through 17 April, so don’t sleep on this!

Four venues will be filled with the mournful, soulful sounds of blues from the likes of Don Alery (current keyboardist for Deep Purple), Mungo Jerry (who are celebrating their 45th anniversary this year), a tribute to Etta James, and more.

Tickets for every performance can be had here, with prices around 20€; a festival pass for all shows is 220€. 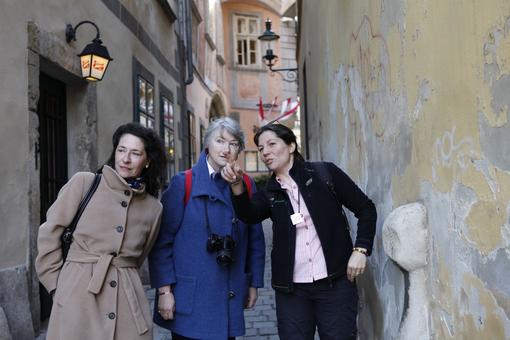 Ever wanted to get to know Vienna a bit more intimately? You can do no wrong than by taking a walking tour, such as Vienna at First Glance. The tour will introduce you to the historical centre of Vienna, stopping at such places as the Winter Palaces of the Hapsburgs, the inner city market, St. Stephen’s Cathedral, and more.

The tours take place in any weather so long as three paying customers show up at the appointed place and time.

Show up 5 to 10 minutes before the walk, dress for the weather, and spend the next 90 to 120 minutes exploring your home.

Spring has sprung, which means Lent is almost over, and the Easter Bunny is on his way! Starting Saturday and running through 17 April, the Easter Market at Schönbrunn Palace is a wonderful way to get ready for the pastel eggs and chocolate bunnies to come.

Aside from the Easter-related arts and crafts at the gift market, there will also be food from Vienna, Austria and beyond, workshops for the little ones, and jazz performances near the Easter Bunny Workshop.

Admission to the market is free.