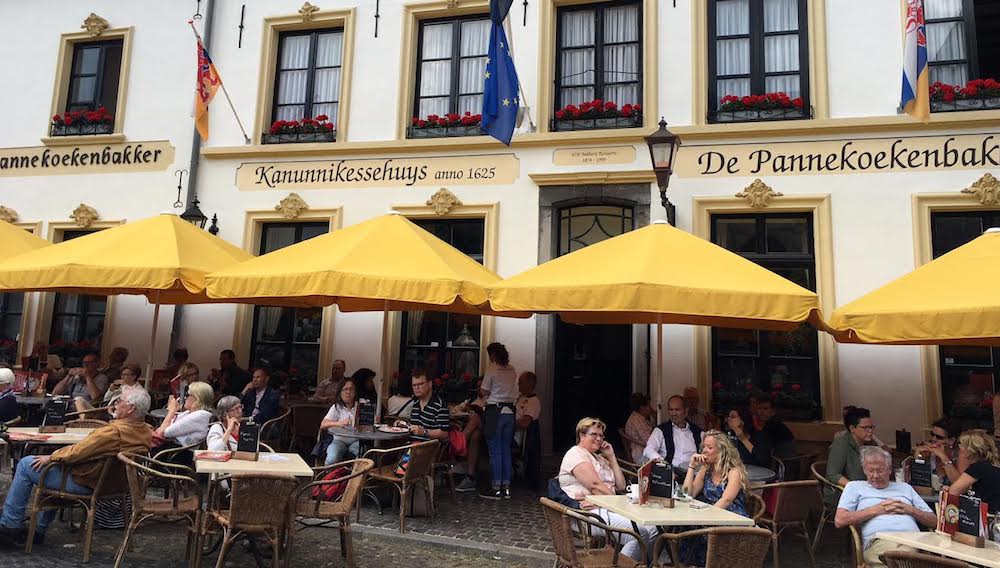 (Editor’s note: These are the insights of a young American traveler in Europe for the first time.)

When visiting Europe, there are obvious cultural differences to the United States, such as language and food. But there are soooo many differences that are less obvious but can build up to cause culture shock if you’re not careful.

Admittedly, I’ve only been in Western Europe for a little over a month, so I can’t point out every single difference between the States and Europe, but there are many slight changes from my old life that I wish I had known about ahead of time.

By the way, it’s important to note all of my observations are based on my three weeks exploring Belgium, and another two spent in the Netherlands, and I’m comparing these countries to my hometown of Louisville, Kentucky.

Get ready to drink 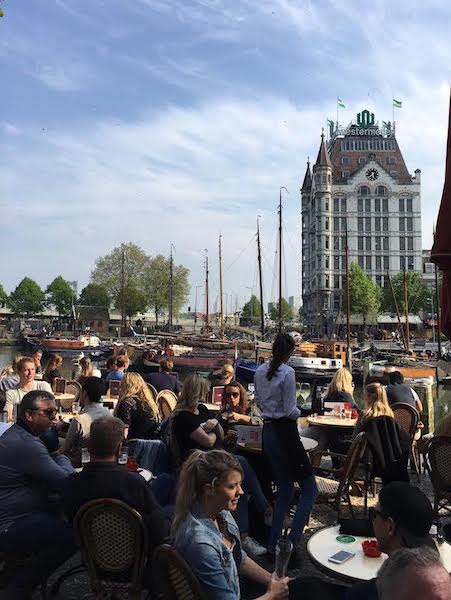 The first thing I noted about Europe was the drinking situation, both alcoholic and non-alcoholic beverages. For starters, soft drinks here cost more than beer and a lot more than they do in most restaurants at the US.

At first it doesn’t seem like they cost that much more, but then you get the soft drink, and it comes in a little 250 ml bottle, which is a lot less than you might expect when ordering a coke. That matters to me because I’m 6’2″ (1.89 meters).

Beer, on the other hand, is usually cheaper and comes in a very large glass, well over the amount of beverage you receive when you order a soft drink.

This may not seem like a big issue, because water is always free, right? Not here.

At most restaurants, the only water you can order is bottled and almost as expensive as soft drinks. The only way to get free water is to specifically ask for tap water … and some restaurants do not offer that, even when requested!

Because all of these drinks come in bottles, there are no free refills, so it is important to not gulp down your drink right away unless you want to pay a lot for drinks. Which makes me question why the drinking culture here is so much different.

Before arriving, I knew Europeans drank, but I didn’t know drinking here meant they go to cafés for eight consecutive hours on certain days.

I actually saw this in The Grand Place in Brussels … and I started to recognize locals’ faces since I saw them every day. While they never seem to be drunk, there were a LOT of people at the cafés all day.

This seemed odd at first, but there are worse things to do than sit around for a few hours with friends drinking beer.

While on the topic of drinks, it’s important to mention that ice is doled out sparingly. This is the opposite of what happens in the U.S., where waiters usually add far too much ice in a drink.

While insufficient ice is not the worst thing in the world (and possibly a First World problem), it can be slightly annoying in certain situations. Like when it’s hot. Which would be now.

If you aren’t planning on drinking late at night (which can tire you out), you might want to plan on bringing some melatonin with you. Back in the States, I was used to the sun setting at about 9:30 p.m. in the summer, and rising at about 6:30 a.m., so I could sleep soundly with no sunlight.

Since I arrived in June, it doesn’t get fully dark until 11 or 11:30 p.m., and the sun rises at about 4:30 a.m. That’s about five and a half hours of darkness to sleep, opposed to nine hours on the shortest day of the year in Kentucky. So, being a light sleeper is not easy here unless you have melatonin, black-out shades or a sleep mask.

Window shades are not always the best option in Europe, because there was no air conditioning at the places I stayed. To compensate for this, I leave a window open at night, which I personally enjoy because it allows fresh air to circulate in my room.

However much I may enjoy this, there are mosquitos and other bugs that come with this fresh air, and they can be annoying if you let them.

There are essentially 3 options when dealing with them while you sleep:

Tough it out, and live with the bug bites, which, oddly, aren’t terribly itchy.
Buy a citronella candle or other odor-emitting device to scare them away.
Buy a mosquito net to put over you while you sleep.

Europeans are thinner and better dressed than we are 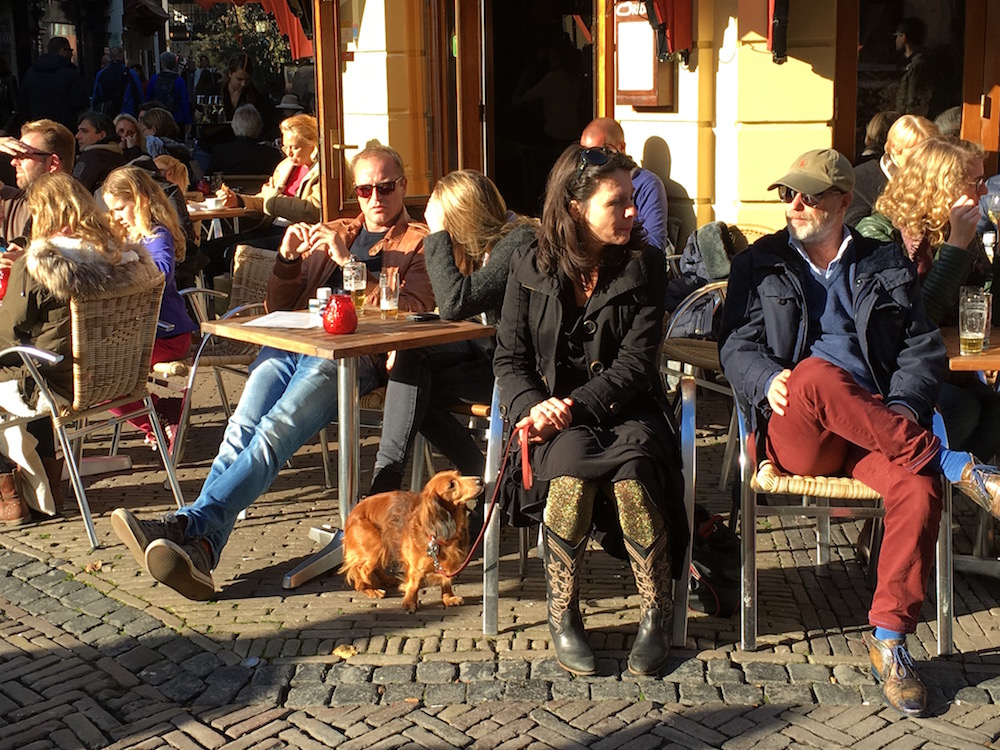 While the night is full of cultural differences, the daytime presents even more. Of these, the most obvious is the attire of many Europeans. They tend to dress classier than people in the U.S. do. For example, back in Louisville, many people wear college team basketball or football hoodies and T-shirts. Everywhere and all the time.

Here, the only time I’ve seen people wearing sports jerseys or T-shirts is during the Belgium games but never just around on the streets on a non-game day.

Another social difference is the amount of time people stand here, that is, instead of sitting. Whether it is for a meeting, or even at some drink and snack restaurants, I have noticed that many people here stand when possible. This is not just people presenting or speaking at meetings. It’s everyone.

Despite how my legs felt after standing for so long, I think this is a very good thing as it promotes an active lifestyle.

The transportation here is another thing that promotes an active lifestyle. While it is more well known, there is a wonderful public transport system in most of Europe, which essentially renders renting a car, or owning one if you live here nearly useless (unless you are staying far out in the country or plan on going to the country).

You have to walk, especially in the city center, but it is nothing like it is in most American cities. However, when walking back at home, the pedestrian tended to reign supreme in terms of priority.  Here, it is the bikers and those who ride on electric scooters. Make sure you are walking in the correct space, and not in the way of the bikers, for sometimes they are not paying attention and cannot avoid you, so you have to be careful.

And the icing on the cake in terms of differences that I have noticed here is the ice cream. While ice cream is big back home, it’s huge here. There are ice cream shops everywhere. It may have something to do with the fact that it is only 1.50 euro cents. That’s cheaper than bottled water at most cafés. 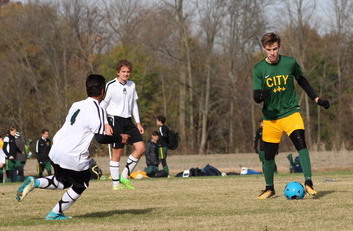 This makes hanging out at the ice cafés a very popular social activity that earns the Tommy Halbleib seal of approval.

Tommy has played football since elementary school and is a student of the game. He’s Europe this summer for a study abroad program in Brussels and university visits in London… and he’ll be following closely the World Cup action on the pitch.