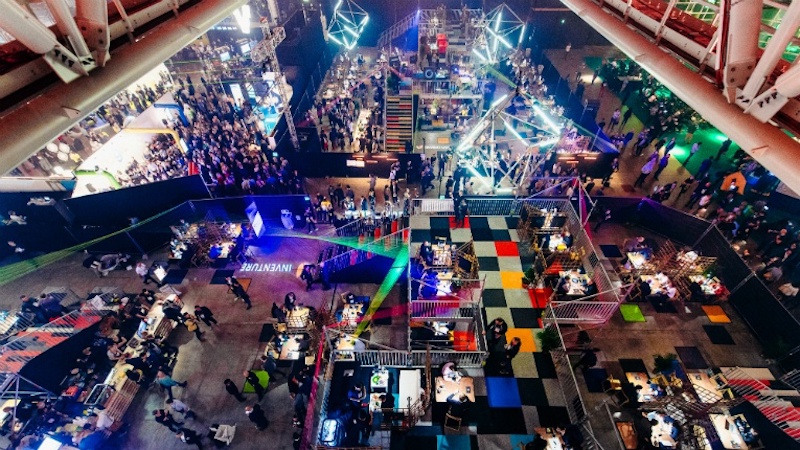 Okay, summer break is over and it’s time to go back to work. And we’re going back to a fast-changing European business environment.

The center of the digital universe used to be London still produces far more innovative new companies than any other city with the possible exception of Tel Aviv. But with Brexit looming, there are emerging contenders for Europe’s tech crown now from Lisbon to Lviv.

At first, Europe imitated Silicon Valley and its tech meetups and hackathons. Now, we’re going our own way, pushing hard into deep tech such as artificial intelligence and machine learning.

As stated back in 2017, the question we always hear – as events multiply and corporations catch startup fever – is, “Are these things worth the time and money?” The answer is, “Sometimes. That’s your call.”

If only the innovation they produced matched the ability of event organizers to come up with new ways to get you to fork over 500 euros. And why, exactly, does a ticket to VMworld in Barcelona cost 1,200 euros?

It’s easy to make fun of some of the more pompous and pointless events. But we’ve been to multiple events since 2016 including the Global Entrepreneurship Summit, CERN Hackathon in Eindhoven and PortXL in Rotterdam and they were amazing, with levels of sophistication missing in a lot of innovation centers, even in the U.S. HighTechXL teams just returned (as winners) from Get in the Ring in Berlin pumped and inspired.

For 2019, we’re including more events which can help you build your skills and industry connections. And as always, thanks to those sending us their events … and we’ll try to do a better job of keeping this list updated.

Feel free to send us your events at: terry@dispatcheseurope. And thanks to all of you who have sent/suggested events.

There are two Devoxx coders and developers conferences coming up late this year, both dedicated to discussing Java and the newest innovations in programming languages, AI, machine learning, security and, well, you get the idea. Because people who can code rule the world.

Devoxx Ukraine is 1 & 2 November in Kyiv. Devoxx Belgium is 4 through 8 November in Antwerp, one of our favorite cities.

Speakers in Ukraine include:

Early bird tickets in Kyiv start at $260 and you can get them here.

Antwerp hasn’t dropped its list yet. Tickets start at 350 euros (it’s a much larger event) and you can get yours here.

Both events are part of the Devoxx network of Java events that include Ukraine, Poland, Belgium, Morocco and other countries.

This is the Big Daddy … the largest tech conference in Europe with the most influential speakers.

This is a pivotal year for Web Summit as the tech industry as a whole feels pressure from regulators and investors as Unicorns implode on public markets and the European Union tries to get Amazon, Facebook and other American tech giants to both pay their fair share of taxes while protecting privacy.

So – no surprise – Margrethe Vestager, EU Commissioner for Competition and a vocal critic of the digital giants, will address the masses.

• Marc Raibert, founder and CEO of Boston Dynamics, which has developed the most sophisticated robots on the planet

• Brad Smith, president of a Microsoft

• Tony Blair, who used to be a prime minister or something in England

As you can see, this thing is going to get political.

Tickets start at 1,200 euros – yes, twelve hundred – and go up to 25,000 euros. Which we’d like to go on record as saying is insane. But Web Summit still one of the most influential gatherings in Europe.

We’re seeing more real-world applications of blockchain from IP protection to fintech. So this is a technology that’s starting to realize its potential.

Blockchain Technology Conference is that rare gathering that addresses both tends/strategies and hard skills.

The three tracks are:

Speakers announced so far include execs/techs from IBM and Commerzbank. You can see the full lineup here.

This is one you should let your company pay for, with tickets starting at 499 euros for a one-day workshop.

We promised to list more skill-building events, and here’s a good one. Codemotion is coming to Berlin in November. Codemotion events are a multi-track international events chiefly aimed at developers and coders and focused on Devops, Blockchain, AI/Machine Learning, Inspirational, IoT, Big Data, Front-end, Cloud, Cybersecurity, Serverless, Software Architecture, Design, and UX. Ah, but there’s so much more. It’s also a forum for GitHub, DAZN, Google, IBM, Oracle, ING, Microsoft, Cisco and other tech companies to show off their latest tech and recruit talent.

The speaker list for 2019 includes execs from GitHub, Lyft, N-26, Amazon Web Services and Uber. Early bird tickets start at 160 euros and you can get them  here.

This just in … set your calendars for 13 November at 6 p.m for an all-female version of HighTechXL’s DealMaker. This is a special fundraiser event in partnership with Female Tech Heroes.

The format includes an educational session on term sheets, those all-important details that set out the terms of an investment on the way to a final agreement. Then they dive into a mock term sheet from a prepared business case so attendees can totally understand this crucial part of dealmaking.

All participants bring serious real-life dealmaking experience and will discuss the good, bad and ugly of term sheets.

You’ll get to watch an experienced venture capitalist negotiate the terms of an early-stage financing deal with a successful entrepreneur and her well-versed legal advisor.

This premier event will be at the High Tech Campus Eindhoven Conference Center.

Tickets are 20 euros, with all proceeds going to Codam, a female-founded coding school in Amsterdam.

Which is a story in and of itself.

Codam is a free education program founded and funded by TomTom co-founder Corinne Vigreux. Codam operates 24/7 and you don’t need a degree, diploma or certification to start learning to code.

And everyone can register here.

In 2019, it’s all about talent. Finding, then retaining, talent is everyone’s biggest problem at the moment. So RecruTech has select HR professionals and experts in the recruitment field presenting the latest in recruiting processes and innovative Apps/Softwares.

Expect a lot of info on topics such as VR training and chatbot recruitment.

This is a Tech Meetups event, so it’s fairly affordable, with a networking ticket going for 45 euros. You can get yours here via Eventbrite.

The goal of DFF is to unite the tech world. A surprising number of “names” as Latvia attempts to steal Estonia’s spotlight as the Baltic’s digital innovation capital. But DFF still hasn’t updated its website with 2019 info as of late September.

Everyone is increasingly fixated on PropTech as the housing shortages worsen in innovation centers from Lisbon to Lviv.

This lead-in event to Slush is tagged, “to a more human-focused and sustainable built environment.” The PropTech we’ve seen is usually SaaS that lets investors apply triangular arbitrage to lease expirations and terms to game the rental markets. But of course there’s a lot of stuff we haven’t seen and this really is an emerging market segment.

Tickets are 119 euros and you can get them here.

Ah, late fall in the Nordic’s most northern capital. What better place and time to be all warm and cozy inside a giant hall with 25,000 of your closest friends, listening to smart people at an all-volunteer event?

It’s already that time again, with Slush 2019 coming earlier than usual in the bleak mid-winter. Seriously, we know lots of teams who’ve gone, and they are unanimous that this is their favorite tech gathering in their favorite city. This is one of the dozen or so events around the world that attracts Names from the biggest VCs.

This year, Slush speakers include:

Mega-events with big names in super-expensive Nordic cities are not exactly affordable and Slush is no exception, with tickets starting at 395 euros for startups.

Liberated from the perceived (mostly by men) “wisdom” they aren’t good at math and science, more women are playing a bigger roles in tech both as engineers and developers, and as managers. If that’s you, Women in Tech is another big event in the Netherlands. Two hundreds speakers and a projected 4,000 attendees over two days.

Dr. Loubna Bouarfa, founder/CEO of OKRA Technologies, an AI analytics startup in healthcare, and a ton of men and women representing the world’s largest tech companies including Google and Lucent. So there’s likely someone here you’ll want to hear/meet.

Tickets start at 345 euros and you can get them here. 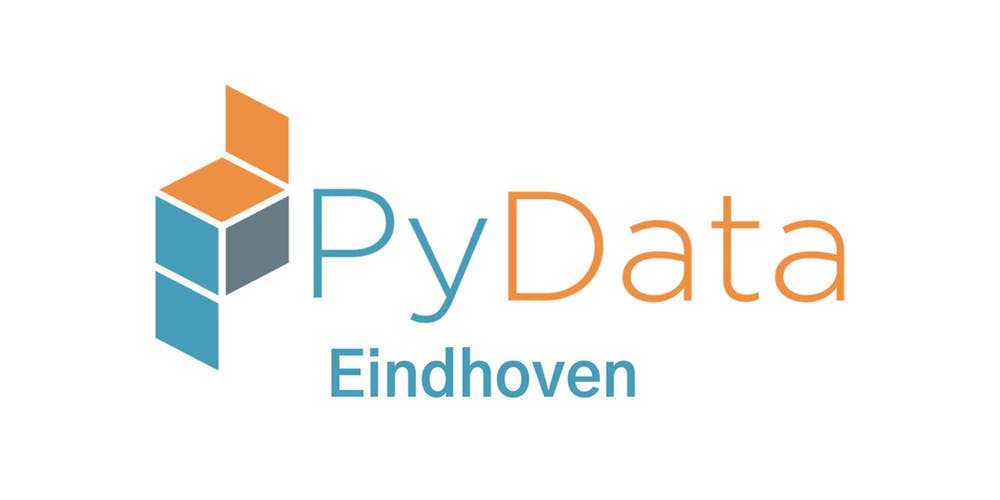 We promised to bring you more skills-building events and this promises to be a good one … and you get an introduction to Eindhoven’s deep-tech ecosystem.

Note: This event is split between two venues including at the ASLM campus,  so check all the info here.

This will be the fifth year for the E-Commerce Berlin Expo, with 180 exhibitors and about 7,000 attendees expected.

Israel increasingly is the place to be whether you are a tech talent or a tech investor. And this is Israel’s big event, attracting  about 20,000 people from almost every country on Earth.

The 2020 speaker list hasn’t been posted, so stay tuned. A lot of OurCrowd is invite only, and here’s the link to get on the list.

Paris wants you to forget Amsterdam, Tel Aviv, Tallinn, Lisbon, Barcelona and every other digital-innovation capital. To do that, the French have come up with Station F, the French startup visa and lots of big events including Paris Blockchain Week Summit. Tickets start at 175 euros for developers and you can get yours here.