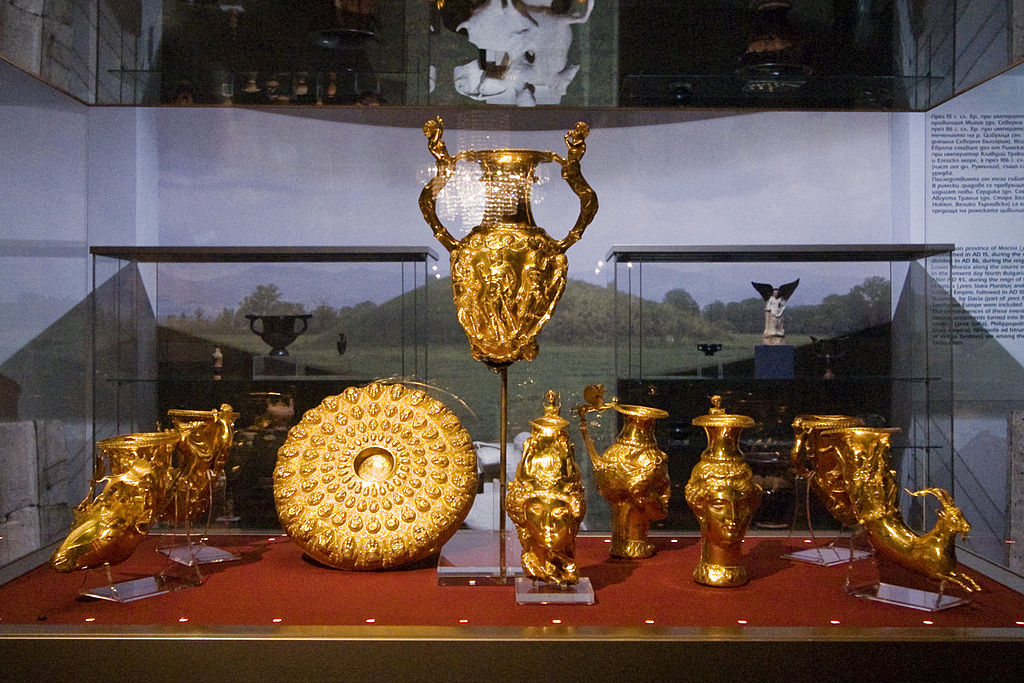 If you plan to take a special vacation this long, hot summer, consider Bulgaria.

Our small Balkan country is like a chest of wonders. The most ancient civilizations flourished here on the Northern Black Sea shore. Ancient Greeks and Romans established settlements all across the country. In the Middle Ages, khans, tsars and boyars ruled the country with wisdom … and the sword.

In the modern era, we’re enchanted by legends and tales still retold throughout our country.

Vampires and golden treasures are not myths here, but a reality.

And nature itself here is like something from a fairytale – relaxing in the sun on golden beaches or relaxing in cool mountain forest forests.

Here are my reasons you should visit Bulgaria:

In the summer of 2012, archaeologists came across an unusual finding in the old town of Sozopol – the remains of a medieval vampire. In an ancient temple amid tombstones, the team found two burials older than 700 years with clear signs of rituals against vampires, according to media reports. The bodies were pierced through the chest with iron rods to stop them from rising from the dead.

The discovery was followed by similar findings near Perpirikon and Veliko Tarnovo.

The discovery of the Sozopol’s vampire suddenly gave Bulgaria an entirely new travel niche! Bulgaria became one of the hottest destinations for “vampire tourism” in the world, up there with Count Dracula’s Romania and the Museum of Vampires in Paris.

Those vampires put Bulgaria in the headlines around the world, with the Daily Telegraph, the Independent, National Geographic and others documenting the vampire graves and the rituals practiced in Bulgaria centuries ago.

Sozopol Municipality in Bulgaria and Romanian Sighisoara (the city of Dracula) decided to work together for joint “vampire product,” meant to the boost development of tourism in both municipalities. They will collaborate at various tourism fairs and will present a “Trail of Vampirism.”

Bulgaria has been a battleground of civilizations

The tensions between Islam and the West are nothing new.

The Crusade of Varna was an unsuccessful military campaign mounted by several European monarchs to check the expansion of the Ottoman Empire into Central Europe. It was launched by Pope Eugene IV on 1 January 1443 and led by King Władysław III of Poland, John Hunyadi, Voivode of Transylvania, and Duke Philip the Good of Burgundy.

The crusade didn’t go so well … it ended with a decisive Ottoman victory over the crusader alliance at the Battle of Varna on 10 November 1444, during which Władysław and the expedition’s Papal legate Julian Cesarini were killed.

An interesting historical footnote: The “real” Dracula, Vlad the Impaler of Romania, fought in the Crusade of Varna.

But we Bulgarians, we always return to greatness.

The Middle Ages were a Golden age for Bulgaria. Tsar Boris I and his son Simeon I the Great created The First Bulgaria Empire, the grandeur of which is still on display in Pliska and other cities.

Veliko Tarnovo was the historical capital of the Second Bulgarian Empire, attracting many tourists with its unique architecture.

In modern times there two palaces and parks of Bulgarian tsars open for public – Royal Palace Vrana  and Euxinograd.

And if you’re in the mood, you can get married there!

You want gold? We have gold! Bulgaria has the best gold, the oldest and arguably, the most!

In 2016, Bulgarian archeologists discovered what scientist believe to be the oldest example of gold jewelry in the world, a tiny bead that dates back to 4,600 BC. That was just one of many finds here, most of which are on display at the Varna Archeology Museum.

Our gold rush for treasures doesn’t end with that. Bulgaria is famous for its Thracian gold treasures. That’s just the beginning.

There have been dozens of major discoveries of gold and silver antiquities across Bulgaria including:

• The Varna Necropolis Treasure, discovered in 1972. This treasure has an exceptional value because, according to scientists, it dates back to the 6th millennium BC.

• The Panagyurishte Treasure, found in 1849. The treasure consists of nine vessels made of pure gold, weighing about 6 kilos!

• A golden treasure consisting of five vessels – a silver plate with golden decoration, a silver jug with Dionysus and three rhytons – was found in 1974 near Borovo.

Bulgaria’s gold treasures are on display at the National Archeological Museum in Sofia and in other museums across Bulgaria. You can see more info here.

• Bulgaria is not only historical and nature sightseeing. It’s increasingly a destination for music lovers, young and old.

For the lovers of sun, beach and pop music there’s MTV Varna Beach. This is Year Two of MTV’s event in Varna, which is Bulgaria’s No. 3 city, but its No. 1 resort destination with its resorts on the Black Sea.

Last year’s MTV Beach Party put Varna on the map as an international party destination along with Croatia and other sea-and-sun cities. It’s funny what building a stage, having cool lighting and bringing in stars on the level of Steve Aoki can do for a town’s reputation.

• Finnish legends Nightwish will be the top performers at the new Varna Mega Rock Festival, which will be held on 18 and 19 August 2018 in Varna.

• Bulgarian folklore music is world-famous. One of the greatest voices in pop music, Lisa Gerrard of the duo Dead Can Dance, came to Varna earlier this summer with Mystery of Bulgarian Voices choir. Gerrard won the “Best Original Score Golden Globe” for her music from the film “Gladiator,” along with composer Hans Zimmer.

• You missed it this year, but the first day of July is “July Morning” named after the Uriah Heep song. This is sort of an unofficial national holiday where lots of people across Bulgaria trek to the beach to greet the sun. The origins of July Morning are in the late 1970s in socialist Bulgaria when a group of friends met in Varna on the Black Sea coast. That day – and the song – became symbols of freedom and new hope.

• In Sofia, you can visit the Museum of Socialist Art. Bulgaria’s communist period is also on display at the Retro Museum in Varna.

• Bulgaria is famous for its monasteries and churches. The most famous is Rila Monastery, which brings us to famous expats.

Irish journalist James Bourchier is buried at Rila. Bourchier worked for The Times of London as the newspaper’s Balkan correspondent from 1892 to 1915. But he was more than a journalist. Bourchier was a trusted advisor to Tzar Ferdinand of Bulgaria. He acted as an intermediary between the Balkan states at the conclusion of the Balkan Wars of 1912-1913.

American journalist J. A. MacGahan alerted the world to the atrocities following the April 1876 Uprising against the Ottoman Empire. MacGahan wrote a feature that shocked the world. For his work, MacGahan earned the sobriquet “The Liberator of Bulgaria.”

Kalina Varbanova is from Varna, where she studied at Konstantin Preslavski, Varna High School of Humanities. She Graduated with an MA in journalism from Sofia University St. Kliment Ohridski, Bulgaria’s oldest institution of higher learning.

She lives in Varna where she works as a reporter, editor, contributor and freelancer in print, radio and online media. Kalina’s interests include the arts, tourism, archeology, the environment, culture and history.