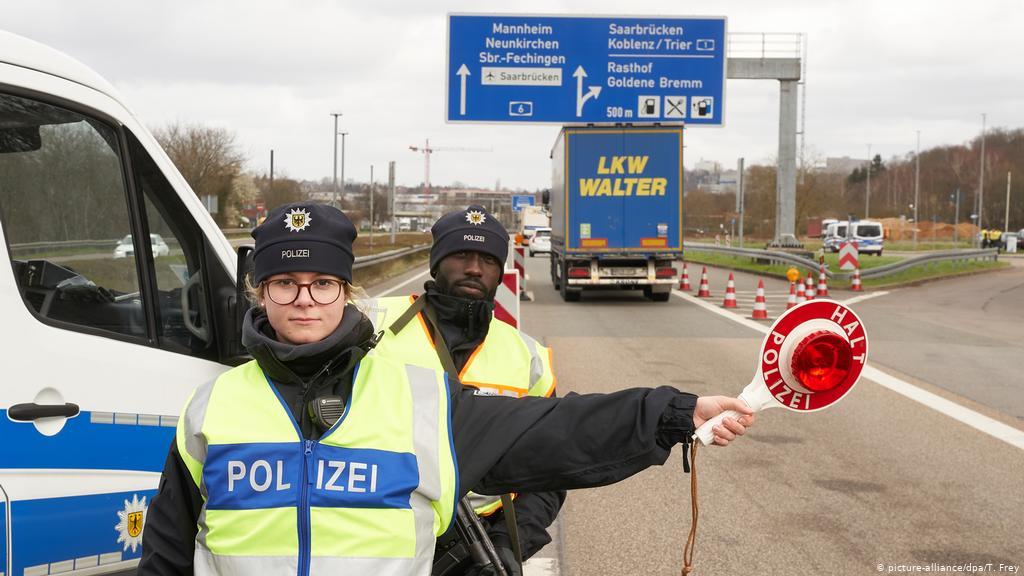 (Editor’s note: Multiple expats across Europe contributed information to this post, with Terry Boyd and Andriana Boyrikova doing the majority of the writing. Pandemic measures are aggregated from official government news releases and websites, as well as from media reports.)

We thought it was over. We were wrong. As of 1 July, the pandemic was receding across Europe. In early August, Spain is close to shutting down again.

In Europe, the situation is still in flux. A growing list of counties including Austria, Croatia, Greece, Ireland, Luxembourg and Norway are reporting single-digit new daily cases and in several cases, zero new deaths in 24 hours. The EU has issued a list of 15 “Covid-safe countries,” the citizens of which are welcome in Europe.

But other countries including France and Germany are seeing coronavirus cases climb.

You can see the all the trends and graphs here on Worldometer.

The European Union just debuted its Re-open EU website for details on all 27 countries, but look for that to change.

Austria acted early with a lockdown and closed borders. As a result, it was one of the first European countries to begin the transition away from coronavirus measures. Austrians have gone back to work for the most part and the borders are open. The country is investing millions in its tourism sector to get ready for summer as the country reports multiple days with no new coronavirus deaths.

However, Austria gone from as few as 17 new cases in 24 hours on 25 May to a spike of 175 new cases on 31 July and averaged more than 120 cases per day as of 8 August. But the pattern in Europe is though infection rates rise, deaths do not. Austria has reported two deaths so far in August.

Everything is pretty much open, but big gatherings such as music festivals remain banned until 31 August.

Austria is exiting a lockdown that was restrictive including a requirement that you must wear a mask to go to the supermarket. Supermarkets had security at the door with gloves and masks. Those security people only allowed in shoppers after others have left the store to make sure people maintain a safe distance.

Effective 10 August, Austrian officials issued an alert for Spain with the exceptions of the Canary and Balearic islands. Austrians returning from Spain must get Covid-19 tests within 72 hours.

As of 1 August, people from these countries can enter Austria with no restrictions or tests required:

Otherwise, you should check the Austrian Federal Ministry of Social Affairs, Health, Care and Consumer Protection website here to see if there are new restrictions.

Belgium has the dismal distinction of having the highest rate of deaths per million of population – 851 as of 8 August – in the world. Belgium has been more transparent … and diligent about reporting coronavirus cases and deaths. Most countries only document confirmed COVID-19 deaths in hospitals. Belgium counts all suspected pandemic deaths in nursing homes — even if coronavirus was not confirmed as the cause.

The country began relaxing coronavirus measures 18 April. On 4 May, Belgium began rolling back restrictions in phases. The first businesses to open were fabric shops so citizens could comply with a new regulation requiring all Belgians 12 and over to wear masks on public transport. So DIY masks are officially a thing.

But, as of mid-July, Belgian public health officials are warning about new infection spikes, with cases in 24 hours increasing almost 1,800 percent to 853 on 7 August from 42 on 7 July after a period in June with no new cases. However, there has been no corresponding rise in deaths, with about 16 so far in August.

At the end of July, Belgium introduced new restrictions. Belgians are limited to meeting a group of five people outside their household each month.

On 9 July, Belgian officials announced face masks are mandatory in shops, museums, libraries, concert venues, places of worship and cinemas. They were already mandatory on public transportation and in crowded businesses.

On 15 June, Belgium started its face mask distribution effort. To make sure there’s no hording, face masks are registered in the name of the family member who will collect the masks for the whole family. It is important that you bring the right cards or documents, and you can see all the official information here about dates.

As of 8 June, everything has reopened in Phase 3 except nightclubs, but with rules on social distancing and a limit on the number of people (10) allowed to gather. Bars and restaurants reopened June 8. Cinemas and other cultural spaces opened 1 July, with a maximum of 200 people at one time.

Big public events, such as festivals, are cancelled this summer until 31 August.

Look for the rules to be updated on the official government coronavirus page here.

On 7 August, the UK added Belgium to its list of countries British citizens are discouraged from visiting for anything other than essential travel.

After two months of shutdown, Belgium officials reopened borders 15 June with the UK and Schengen countries including Germany, the Netherlands and Luxembourg.

But, on 6 July, Belgium enacted new quarantine requirements for people coming from areas in the EU under new lockdowns because of new spikes infection rates. The government is also refusing to admit people coming from 15 countries outside Schengen the EU has designated as “safe” including South Korea and Canada.

To make sure they don’t start boarding planes for Spain or driving to Amsterdam, Belgium is gave citizens free train tickets for staycations. But that program has ended.

As of 8 August, there have been 5,466 confirmed cases and 155 deaths in Croatia. In May, it appeared the pandemic was over in this Adriatic country, with Croatia escaping largely unaffected, especially compared to Italy and Spain.

But July was a tough month, with daily new cases rising steadily, peaking at 140 on 11 July, then receding to 28 on 6 August. As in Austria and other countries with new coronavirus spikes, there has not been a corresponding rise in deaths, with 10 deaths so far in August.

This Balkan country imposed among the strictest coronavirus measures in the world, according to a study by Oxford University. As a result, the country’s leaders are trying to salvage the summer tourist season, which accounts for about 20 percent of Croatia’s GDP.

Since early May, Croatia has reported multiple days with no deaths. After multiple days of no new infections, coronavirus cases spiked at the end of June into July but have averaged double-digits (barely). Deaths spiked on 25 July at five.

But, still … the new trend seems to suggest a second wave.

On 13 July, mandatory mask rules went into effect for some situations. Masks are mandatory for healthcare workers, hospital visitors, drivers and passengers on public transport, customers and store employees and “employees in the hospitality business who are in contact with guests or participate in serving and preparing meals and beverages,” according to the Croatian Institute of Public Health.

Back in March, the government closed all the shops, bars, restaurants, schools and public transport leaving open only food stores, pharmacies and petrol stations. Croats had been allowed to leave their homes to buy essentials or seek medical treatment, go for a walk or exercise – but not in a group – while avoiding social contact. Many people have been working from home. But as of June, most of those restrictions have ended.

As of 11 May, Croatia began the process of:

Border restrictions ended the final week of May. On May 29, Croatia opened to tourists from almost everywhere including the United States, Slovakia, Czech Republic, Hungary and Austria. But not yet to the United Kingdom.

Hotels and campsites are reopening.

You can apply here to enter.

In June and July, media outlets such as the Financial Times were abuzz with posts about Denmark being “the first to close – first to reopen.” Now, Denmark is focused on reopening and reviving its economy.

Also see Reuters’ post “First in, first out: Denmark leads lockdown exit.” That post documents that Denmark didn’t institute many of the measures most other countries invoked – no masks, no testing – yet emerged from the COVID-19 pandemic relatively unscathed by simply shutting down early.

Denmark, along with Greece and Estonia, has shown the world how to deal with pandemics. Denmark reported its first day with zero coronavirus deaths on 15 May, the first time in more than two months, according to Reuters. But as of of 8 August, the country is experiencing a spike, reporting an average of about 120 new cases per day for the month with a total of two deaths reported so far in August.

Face masks are suggested, but not required, on public transport. Stores reopened 11 May, with restaurants, cafés and school classes from sixth to 10th grades reopening the following week.

As of mid-April, Denmark was the first to reopen elementary schools are though parents aren’t allowed in. Salons and barbers returned to work 20 April and tattoo parlors are open … thank goodness, right?

Courts reopened 27 April and now cafés and restaurants are open.

Danish officials announced they will not allow gatherings of more than 500 people until at least 1 September. By and large, as the FT post states, “Danes do what they’re told,” which accounts for the countries pandemic success.

Denmark finally reopened its border with all of Sweden on 31 July.

As of 27 June, Denmark reopened borders with the EU and Schengen area. BUT, only travelers from countries recording fewer than 20 COVID-19 cases per 100,000 inhabitants per week can enter Denmark. Here’s the full list as of 24 June, which includes France, Greece, Italy, the Netherlands and Spain.

On 1 July, Denmark reopened borders to selected third countries as determined by the EU Council including Australia, Canada, Japan, New Zealand, South Korea and Thailand. And they must be able to prove they’ve book at least six nights in Denmark.

Travelers from Germany, Norway and Iceland are allowed to return to Denmark, but must show documentation of a valid booking on their arrival. This booking must be for a stay taking place outside the capital Copenhagen and must last at least six nights, according to the official Danish info website. Tourists are allowed to visit Copenhagen but their stay must be outside it.