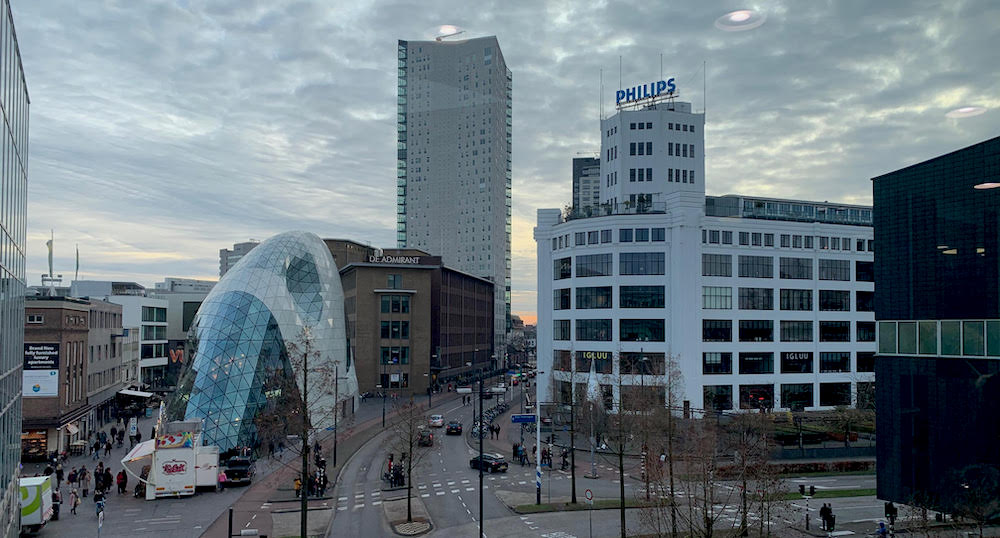 (Editor’s note: We started the Eindhoven Business Briefing in 2017 because we had more news in our headquarters city – which has a huge expat population – than we could possibly post. Eindhoven is way more than just another tech hub … it’s one of the most livable innovation centers in Europe. The future really is being invented here. Send your news to: [email protected])

There are a lot of potential Unicorns in the Netherlands including Lightyear and JW Player. But no new startup has gotten traction as quickly as Eindhoven-based Incooling, which came out of HighTechXL’s first deep-tech cohort back in September 2018.

Incooling just announced a collaboration with GIGABYTE, the Taipei-based hardware maker that’s dominant in gaming and other applications.

Incooling is using GIGABYTE’s R161 Series server platform as the test-bed and prototyping model for a new class of high-performance servers. Though GIGABYTE’s main market is gaming, these new servers are designed for the high-frequency trading market, according to a news release.

Here’s why this is a BFD, as Joe Biden says.

Pushed past the limits of the original design’s clock speed, the chips and CPUs inside servers heat up, driving down performance while wildly inflating energy costs.

In the bad old days, data centers just jacked up the AC, with the power to run servers and massive air conditioners making them huge energy sucks. But Incooling uses refrigerants using phase-change cooling, inside a pressure-controlled loop to cool the chips and CPUs themselves.

Coupled with the R161 overclockable server from GIGABYTE, Incooling’s solutions are able to push performance further than ever before. First system tests showed up to 20-degrees Centigrade lower core temperatures contributing up to 10-percent increase in boost clock-speed whilst lowering total power draw by 200 watts.

Incooling’s design directly pulls the heat off the chips and CPUs and dissipates it as opposed to cooling down an entire data center with massive AC infrastructure. So users win with greater power and speed while the world wins as servers use less power.

Since liquid cooling is much more efficient than air cooling, GIGABYTE is investing more R&D effort into liquid cooling technology, cooperating with a variety of firms to offer servers equipped with different types of liquid cooling solutions.

“Incooling offers a unique solution, different from others in the marketplace, and we are looking forward to working with them to see what new possibilities we can achieve using our servers together with their cutting edge two-phase cooling technology,” stated GIGABYTE Mike Chang, Thermal R&D manager, in a media release.

Even a partial list of Incooling accomplishments is simply amazing considering it’s still a startup:

• won a Gerard & Anton Award recognizing the most promising startups in Eindhoven.

• announced at the 2019 Beyond Tech conference they had raised 630,000 euros, 30,000 of it from the Eindhoven Startup Alliance, and the rest from undisclosed private investors.

• won the pitch competition at VentureCafe Rotterdam, claiming the grand prize: a plane ticket to InnoVEX in Taiwan. Garage+ selected Incooling to go to Computex (InnoVEX is a part of Computex), so they had one booth at InnoVEX and one at Computex.

Since then, Incooling has made multiple trips to Taipei, meeting with GIGABYTE execs each time.

• was selected for the prestigious Global Entrepreneurship Summit (GES) in The Hague.

Stay tuned … these guys are killing it.

Next FasTrackathon scheduled for 4 March

Speaking of HighTechXL, the big event is coming up when teams begin coalescing around the latest technologies from the most advanced research centers across Europe.

FasTrackathon is set for 4 march, with an info session on 11 February. Both events will be at HTXL in Building 27 on High Tech Campus Eindhoven. HighTechXL execs are still working out the final details. We can tell you this … a lot of new gee-whiz technologies are coming online, technologies that will require top engineers, physicists and business types to take to market.

FasTrackathon is the first event that brings together talent and tech, and the launchpad for the most successful deep-tech ventures including Incooling, Aircision, Dynaxion.

Eindhoven, like every other European innovation center, is seeing more demand than supply when it comes to housing. For 2019, the city added a record number of about new 3,000 new units. For TwentyTwenty, there are about 3,500 units already under construction or planned, according to the Eindhovens Dagblad and other local media.

Alderman Yasin Torunoglu is the driving force behind the effort, which apparently rivals much larger Dutch cities such as Utrecht and Den Haag. And the really good news is that the majority of new homes are affordable.

Projects in the pipeline include residential towers on Stationsplein, on Marconiplein, and at least two high-rises under construction now in Strijp-S, as well as homes on Vestdijk and in the area between Witte Dame and the Philips Stadium.

That’s the good news. The bad news is that housing prices in Eindhoven are rising rapidly … faster – and by a larger percentage – than in the rest of the Netherlands, according to Studio040. Housing prices rose 19 percent in 2019, which is crazy. The average home now costs 329,000 euros, up from 276,000 euros at the beginning of 2019!

We’re working on compiling a special housing report for later this spring.

Multiple insider sources tell us business at Eindhoven’s Huawei operations have dropped off dramatically as the Netherlands is caught between the United States and China in their trade war, concerns over security and alleged Chinese tech hacking.

US officials are upping the pressure on the Chinese communications behemoth, warning the British government on Monday it would be “madness” to use Huawei technology in the UK’s 5G network. The US and other governments are concerned that Huawei hardware could collect trade secrets and IP covertly, then pass it on to Chinese intelligence agencies.

This is on top of the pressure the Trump Administration is putting on Den Haag not to let Dutch companies ship the most advanced semiconductor technology to China.

Reuters and other outlets are covering this global biz battle. And the Reuters post refers to the Dutch government blocking ASML’S shipment of the latest extreme ultra-violet technology, which allows chip makers to craft the fastest, most advanced wafters … a photolithography machine valued at more than $150 million. Something Dispatches reported last November.

We recommend the Reuters post if you really want to understand all the machinations, policy and regulatory issues and technical ramifications, all connecting back to our little town.

The good news is, the U.S./China trade war appears to be on the verge of a cease fire. Which means Eindhoven can go back to doing what it does best … selling the world the most advanced technology.

Amsterdam-based financial giant ING just released its annual economic outlooks for the Netherlands including the Brabant region, which includes Eindhoven and the Brainport corridor, and it’s all good.

The regional economy will continue to grow though not at the feverish pace of the last three years. Part of that is due to the pressure on Chinese tech companies caught in the trade wars with the U.S., many of whom depend on Eindhoven’s semiconductor giants for tech as mentioned above. But the report also mentions the slowing German auto industry which uses many local companies in their supply chains.

Highlights of the report include:

• the real estate market will be a bright spot, with lots of construction in the city center and surrounding former Philips districts including Strijp-S.

• workers in the region are seeing salary increases, and with disposable income up and unemployment down to 3.4 percent, spending is up. Local retailers, restaurants and hospitality-related companies are predicted to do well for 2020.