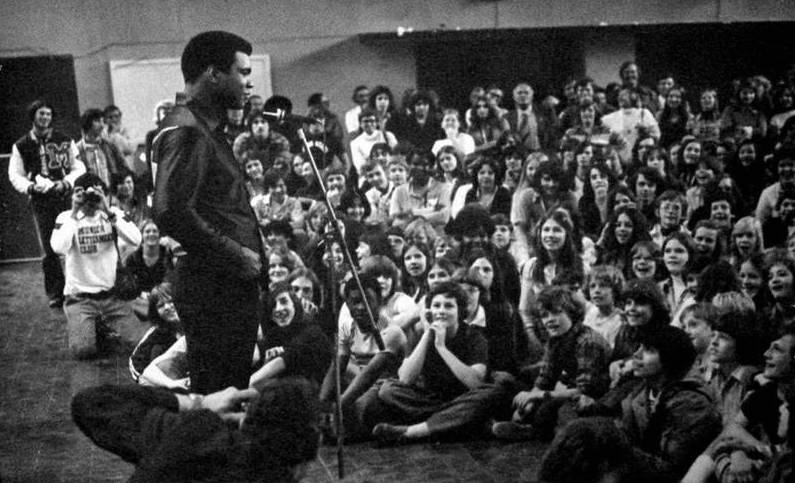 (Editor’s note: United States military personnel in Europe make up one of the largest expat communities in Europe. Though there are no longer American bases in Munich and other cities, the Kaiserslautern Military Community in southwest Germany remains the largest concentration of Americans outside the continental U.S., with more than 50,000 people, military and civilians.) 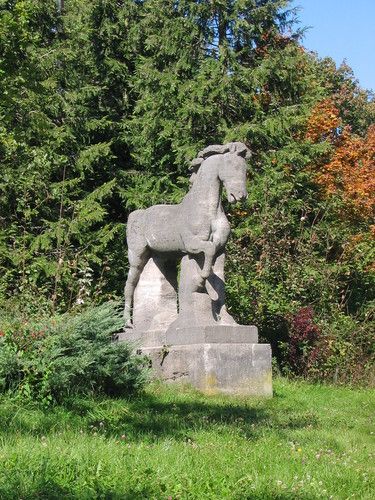 Last summer, I went on a pilgrimage to Munich.

As an Army Brat, I lived in Perlacher Forst with my family in the late 1980s and although I had not been back to the area for thirty years, I still think of it as home.

And I have to disagree with Thomas Wolfe — you can go home again.

According to a study done at the National Institute of Neuroscience in Turin, Italy, “the same part of the brain that’s in charge of processing our senses is also responsible, at least in part, for storing emotional memories.” I didn’t need the research to prove that sounds, smells, and sights trigger feelings of nostalgia.

I stepped off the S-Bahn platform and was immediately transported back to my high school days.

After 30 years, I still knew my way. I walked past the duplexes that had once housed U.S. Army officers and their families and down the path to where the Post Exchange used to stand. Though the building no longer exists, the memories remain. As teenagers, we shopped for clothes and electronics at the PX and many of us had jobs scooping ice cream at the Baskin-Robbins or serving fast food at the Burger King that opened later to great fanfare.

The community youth services facility that bordered the parking lot on the opposite side is also gone, but the sounds of kids will fill the air again once the new youth sports center and kindergarten which will take its place is completed.

The school remains a school and each of the wings is painted a different bright color. If you look carefully, you’ll see tangible proof that we were there and our presence has not been forgotten. The stone horse where we posed for group pictures that peppered the pages of the yearbook, still stands proudly at the entrance to the school. 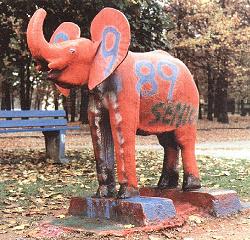 As Mustangs, this was our official mascot. But the elephant that we covered in paint to show our allegiance to our standing as freshmen, sophomores, juniors, or seniors still sits near the front doors. It’s painted white on one side with the word “Cincin” lettered in blue and painted blue on the opposite side with the school’s initials, “MAHS,” lettered in white.

Though the plaque that explains the significance of the elephant is missing from its stone pedestal, the one that lies at the foot of the mustang statue reads:

The soccer field where my brothers learned to play now has a basketball court at one end and is surrounded by a Tartan Track that looks new and inviting. The football goalposts have been removed, a trace of Americana that was deemed unnecessary by the fußball-loving Germans. For the same reason, the baseball diamond now stands overgrown with disuse, the dugout covered in graffiti.

The cool green path that we warmed up on as we made our way to the path next to the cemetery to run sprints still looks and smells the same — cool and fresh and green.

In the “more things change, the more they stay the same” category, the grounds where the Little O’Fest was held each year was set up for some kind of festival. This wide open area also served as the site of many company picnics, fun runs, and other community events over the years.

The small chapel that tended to the religious life of the residents on base has been replaced by a Russian Orthodox Church.

The theater and its adjacent roller skating rink are still there and being used for their original purposes. 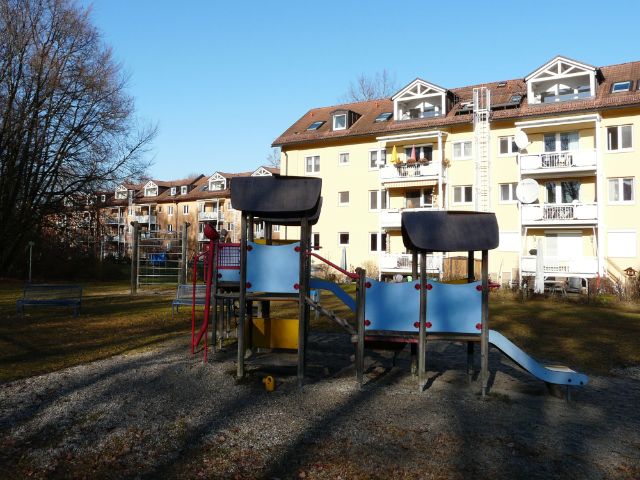 The buildings that housed hundreds of thousands of American military families now house local residents. They have been repainted and beautified with the Germans’ love for all things potted and planted. But when you peel away the refurbished exteriors, the memories remain.

Memories of the basement where we stored our bikes and did laundry. Basements that seemed creepy when we were kids and became even creepier when our parents decorated them as haunted houses for Halloween.

Memories of sitting in our storeroom in the attic and watching the football team run drills on the field behind our building.

Memories of friends and family members who had a bit too much to drink and ended up inadvertently walking into someone else’s apartment because they all looked the same back then.

German food always triggers nostalgia in me. As I walked around the housing area, I found myself missing the small bakery cart where I bought Brötchen or Brezeln or Amis on my way to or from school. For a while, there was also a baked potato cart that I frequented. It sat in front of the PX and sold piping hot potatoes with your choice of toppings.

Then there was the Wienerwald with German specialties like Schnitzel and Spezi on the menu. And the Boot Room that served up Bier and camaraderie to hordes of American teenagers and German patrons whom I’m sure we annoyed. I’m sure there’s not a single one of us who lived on base without getting Spaghettieis from the ice cream truck or seeing plastic crates of beer being delivered to our doorstep on a weekly basis.

But it wasn’t just the food or the apartment buildings or the school or even the familiarity that made Perlacher Forst home for so many Americans living in a foreign country. It was the people.

You know who you are and you will always be home to me.